Singapore plays host to the largest Earth Hour celebration in the world. by Michelle Lu. 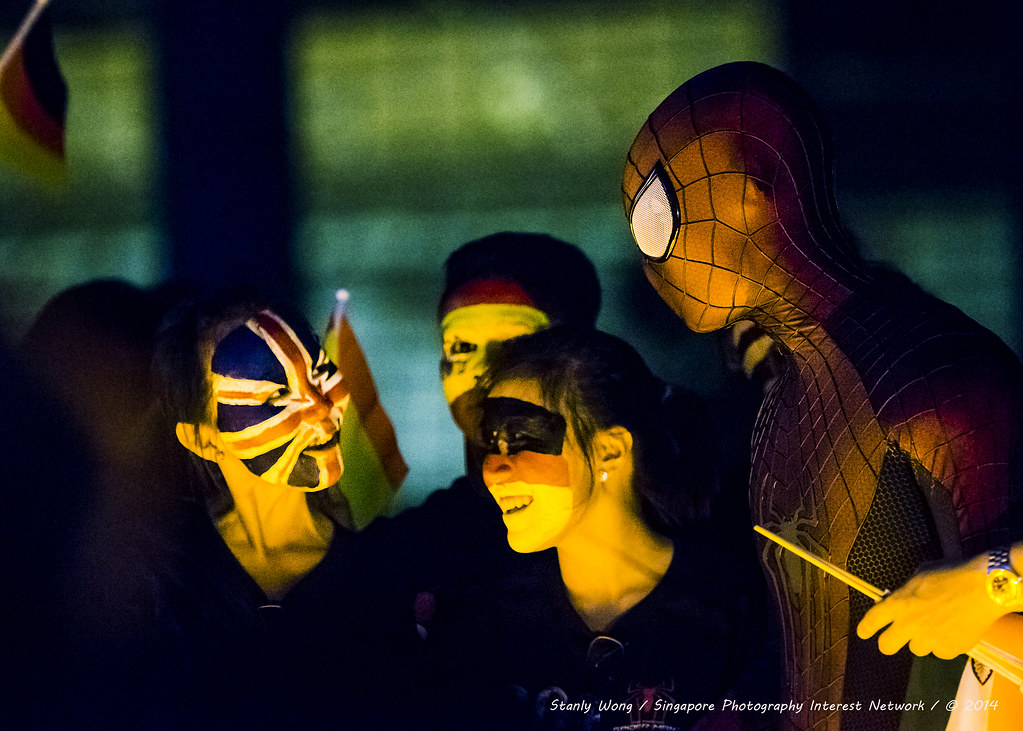 Singapore – It was an exhilarating night of non-stop music, action and fun for a record of 9,000 attendees who showed up at Earth Hour celebration at the Float@Marina Bay. Special guests appearance by Spider-Man graced the event as Earth Hour’s first-ever Super Hero ambassador, along with its cast, director and producers: Andrew Garfield, Emma Stone, Jamie Foxx and Marc Webb. 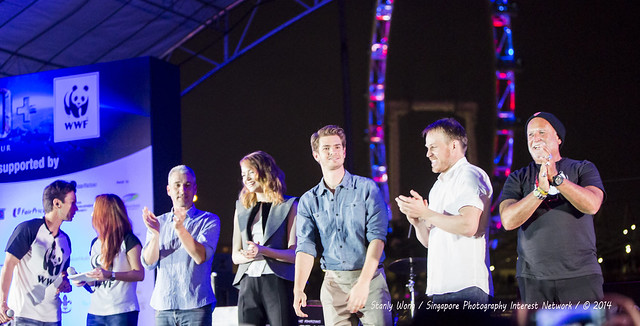 Earth Hour, an annual environmental crowdsourcing project has grown into a global phenomenon that inspires people to spare a thought for our Mother Earth. This symbolic event encourages the civic society to do their bit for the planet by switching of their lights from 8.30pm for an hour on Saturday, 29th March. The event’s own carbon footprint was strictly monitored right from the beginning to the end with the Earth Hour event powdered using recycled cooking oil in efforts put in place to minimize the environmental impact.

WWF-Singapore announces that over 350 organizations pledged to switch off their lights, a record that saw a significance increase from 183 organizations in 2013. Iconic buildings in the city state, Marina Bay Sands, ArtScience Museum, Merlion Park, Marina Bay Financial Centre, Marina Barrage, Esplanade – Theatres on the Bay, Singapore Flyer, Helix Bridge and The Fullerton Heritage properties and buildings in the Central Business District switched off their lights in support and commitment for the Earth Hour movement. 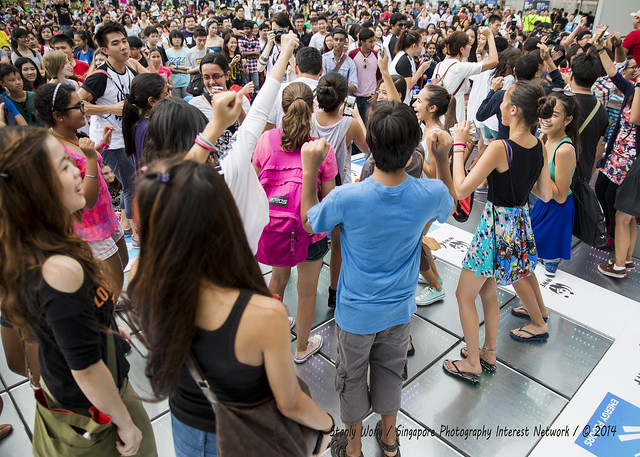 This year’s celebration sees a remarkable visual treat as the Earth Hour coincides with URA’s iLight Marina Bay 2014, a sustainable light art festival that showcases innovative content and intelligent use of lighting. Members of the public grooved to the beat of music on the energy dance floor which converts their kinetic energy from their footwork into electrical energy powering up its display panel Other prominent local performers and artistes livening up the atmosphere were the LuMen Dancers, Samba Masala, Superfly Monkey Dragons Parkour group, the Invincible Diamonds Cheerleaders, Rose Kasmani and Masia One + Inverse Proportions. Admission to the event starts from 5pm, open to the public. 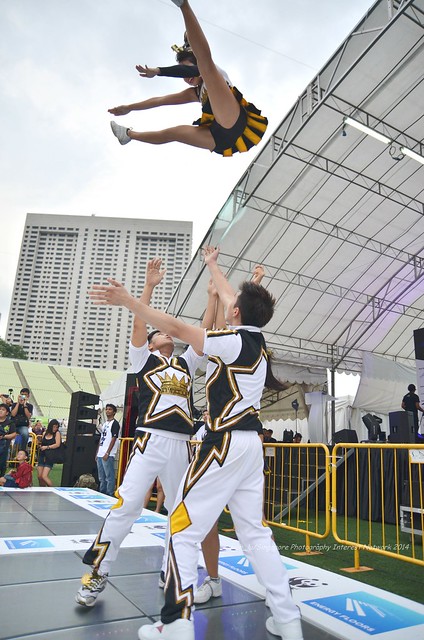 “To witness Earth Hour in Singapore, a wonderful initiative by WWF makes a powerful impression on me. To see the people of this beautiful city-state, stand united in the common purpose of making adjustments to their lifestyles that will help make deep, meaningful improvements to humanity’s impact on the planet, inspires me” said WWF Director General Designate Dr. Marco Lambertini.

He added “As we speak, Earth Hour moves across the globe, following the setting sun, sending billions of people around the world a message that each one of us possesses the power to make a difference.”

Elaine Tan, CEO of WWF-Singapore is of a similar opinion.

“We have seen that with the success of WWF-Singapore’s crowd funding project. The journey of sustainable change starts with the adoption of green practices and eventually to ensure Singapore emerges and remains as one of the most livable and responsible global cities in the world,” said Elaine Tan, CEO of WWF-Singapore.

Singapore’s Earth Hour, a media and digital campaign’s hashtag #earthhoursg trended worldwide on 28th March, one day before Earth Hour. On the same day, after WWF-Singapore organized a surprised visit of Andrew Garfield and Jamie Foxx to the school, students from Commonwealth Secondary School tweeted their Principal Aaron Loh (#MrLoh) its campaign hashtag to trend.

“WWF’s digital campaign, its overall visibility, the engagement of audiences in Singapore was amplified. The quantum of social media shares, likes and mentions was unprecedented and to us, it is an indicator that support of WWF in the virtual world is as strong as in the real world” said Sourav Roy, Director of Communications of WWF-Singapore.

Over 600 organizations and landmark properties officially participated in this “Use Your Power” campaign to save our planet, they either turn up their air-conditioners by one degree, use less plastic bags, take shorter showers or switch to LED lights. 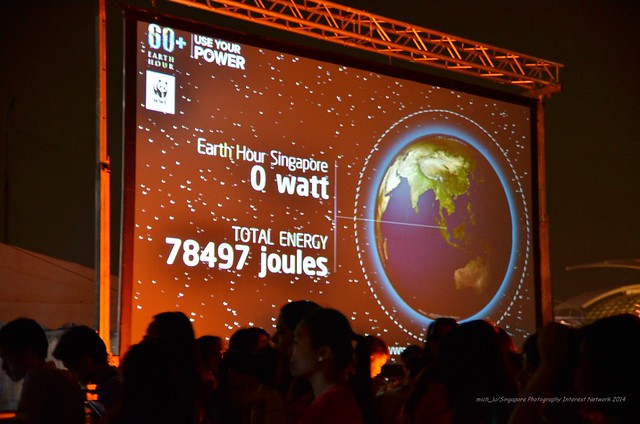 More photos can be seen at SPIN.Media Gallery