There are times when you would like to have a studio strobe system but find the external flash gun a bit too weak and took a wee bit longer to recharge.

So SLR Accessories proposed this small little thing to me called the Genius External Strobe. What it does is to have the video cam Lithium Ion batteries doing the recharge. As it hold more charge and can cycle through quicker, it is much better than the AA sized batteries in many ways. Since the Sony compatible batteries do come in larger capacities this is something that can be used in places that is a bit difficult to lug around a battery pack. 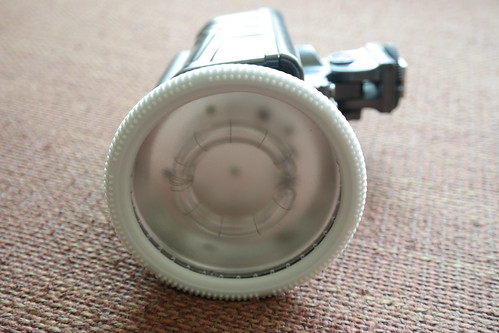 It has the same elements that my cheap mobile studio light has but at least there is a protective cover that can work as a simple diffuser. This is also a continuous light function for video shooting too. 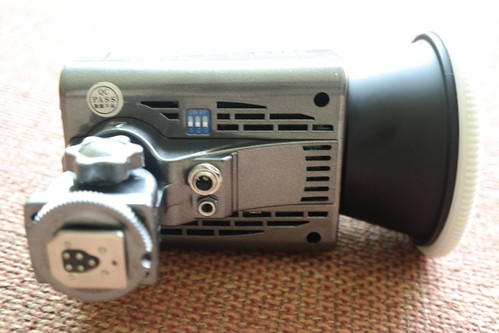 You can use it on the hotshoe like a normal external flash gun and it can even be triggered wirelessly. The wireless trigger is part of the package. 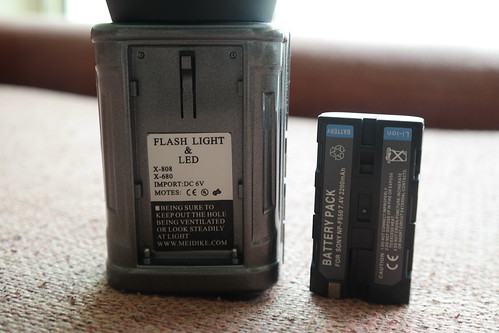 Any compatible Sony battery can be used for the strobe. It even have a AA battery adaptor that holds 4 batteries. 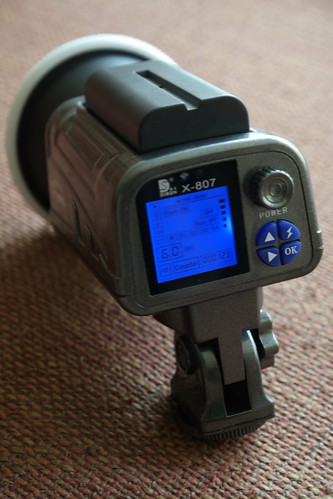 The power button is not a button but a knob. I treat this more like a manual light rather than a TTL flash light. Power output is based on what you see on the GN number counter. 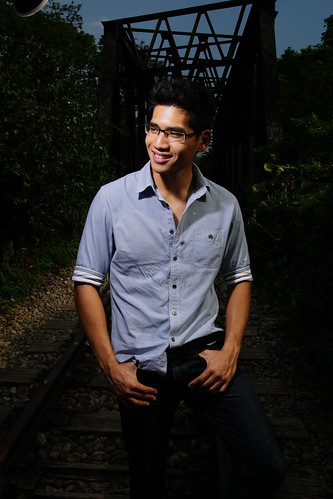 In this test I deliberately dial down the exposure so that it is quite dark for the background but the strobe place close by can bring out the model. 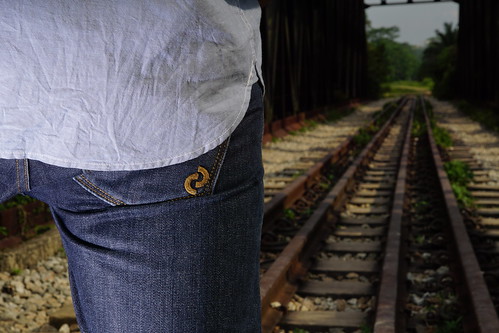 In this shot, the exposure for the train track is more even but still under expose a bit. The Genius strobe is used to light up the shadow. 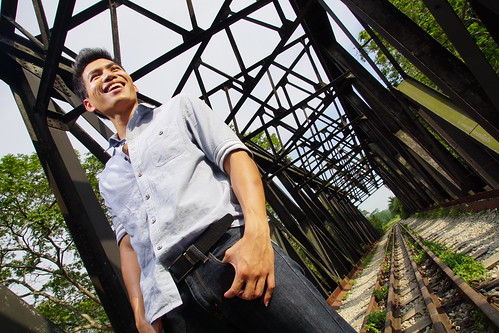 This is what most people will use if for, a bit of fill light. The sun is actually quite high at around 2 o’clock position. The shadow is quite dark on the right side of his face so the strobe is used to fill that part of the shot.

On the whole the system did work though I would think a mobile softbox would be quite useful as a set. An additional 2 more light would make it a very nice mobile studio set without the need for a power source.

What I don’t really fancy is the design of the strobe and the plasticky feel. It just don’t feel assuring as a photography equipment. A pity since this concept is something that can work for some people, especially amateurs, who are learning the craft and not ready to lug around a heavy battery pack and a proper lighting system.