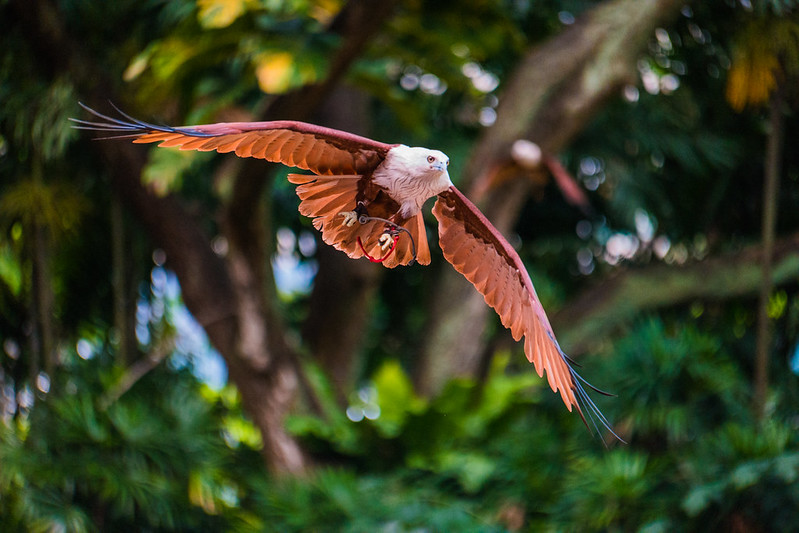 Today went down to the Singapore Jurong Bird Park to stress test the Samsung NX1. When it comes to shooting birds most would rather shoot those in the wild. However when time is short and the repetitions in the form of performance and shows plus the fact that the birds are in a more controlled area does help things a bit when one is testing and really get the best of the camera. I treat this more of a training with a new tool and when one has such an opportunity to fine tune the camera plus the fact that the Bird Park is now having the promotion that allows multiple access to the Park in 2015 with the price of a single entry ticket, not maximising the opportunity is a waste.

Basically there are a few things to test. During the bird show, the birds are made to fly a given route so that will give some idea how things will unfold. Then again, the route may be the same but the flight path can never be predicted. At least one is given the chance to try different settings and find the best one for the occasion. To me that would at least register a set of settings that one can rely on for a given lighting condition and activity.

No matter what, even when one has 15fps, good number of AF points on the sensor and super fast processing speed, tracking irregular flight pattern boils down to the photographer. The Kites (they look like small versions of the Bald Head Eagles) are basically soaring through the air above us in a haphazard manner even my neck hurts a bit trying to catch them as fast as I can.

I can’t imagine if I can get any shots at all with a less able camera. So even if the photographer can track, the camera must also be up to the task. To me, taking shots of the kites is really super tough for both man and machine. Having these shots I have now, it is as good as a miracle. 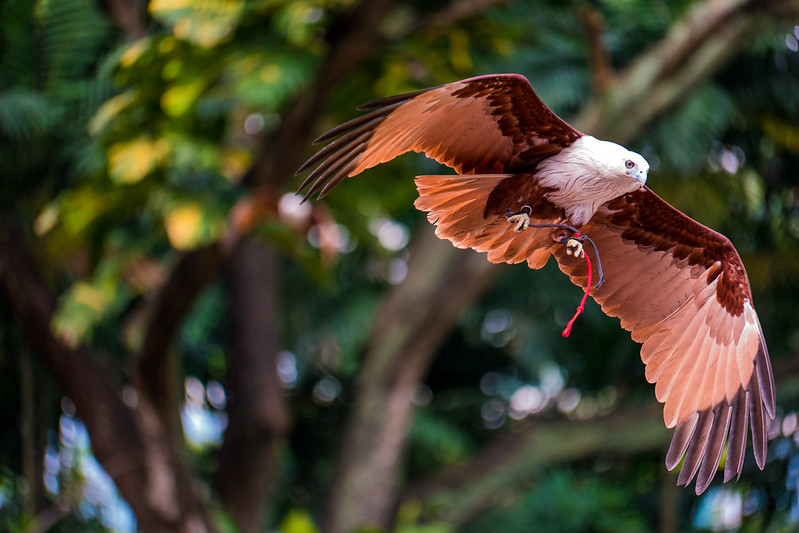 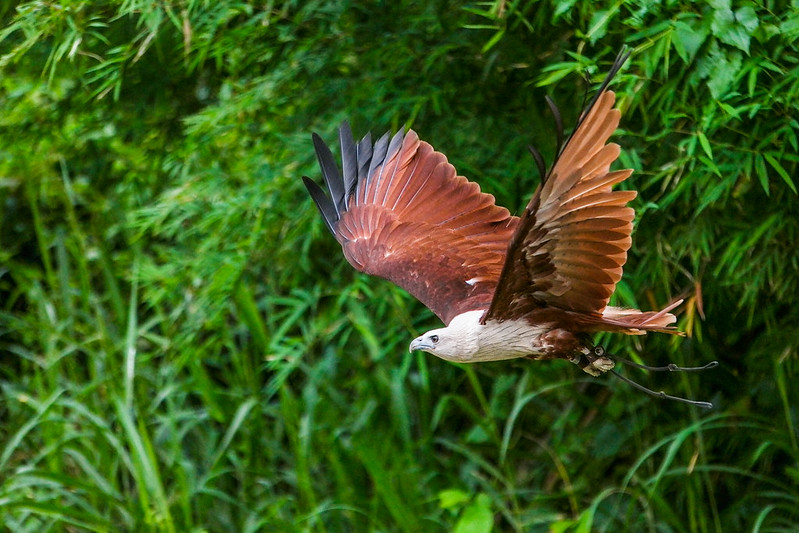 If shooting the Kites are the toughest, then shooting anything faster than a small bird flying through the air will be next to impossible. Of course, tracking shouldn’t be done and one has to basically lie in wait for a certain location and fix the focus point OR to hit the subject quickly when it is staying still. I opt for the second method but that would mean the camera has to focus fast and then allow multiple shots to trigger off before the birds flew off.

For that I head for the famous Jurong Bird Park aviary with the fake waterfall. At least I prefer this one than the one over at the Gardens. Wouldn’t it be nice if the Gardens by the Bay has such a nice aviary with air conditioning? Those practicing birding shoots would have love the place to pieces.

Well back to the topic. In short, the focusing with the 50-150mm f2.8 S Lense snapped to attention pretty quickly, even under shade of trees which can be 2 to 3 stops darker than out of the shade so yes the focusing does help. And another point to note to help with speed is to set up the lens to focus within in pre-determined focusing distance. I set it from 3m to infinity and that got the shots I want pretty fast. So what happens when the birds are very near? Just push the lens to full focusing distance. Yes the lens got slower but not to the point it will frustrate.

Point to note though is also to enlarge the focusing box so the camera has a larger area to sample the scene and hunt for the right focus. Once you have branches and leaves blocking the way, time to make the focusing box smaller. If you rely on the multi-area AF, the camera can focus but not at the point that you want. This is the time to use the single focusing box method.

And for those shooting in the aviary, the lighting conditions will be tough and so shooting in RAW+Jpeg Fine will at least help with some exposure problems associated with such huge variation of exposure. That said, some of the shots done here are edited from JPEG as a test to see how much lee way I can squeeze from the file. So in short, the data from the files are more than sufficient for my use.

Here are some of the shots. 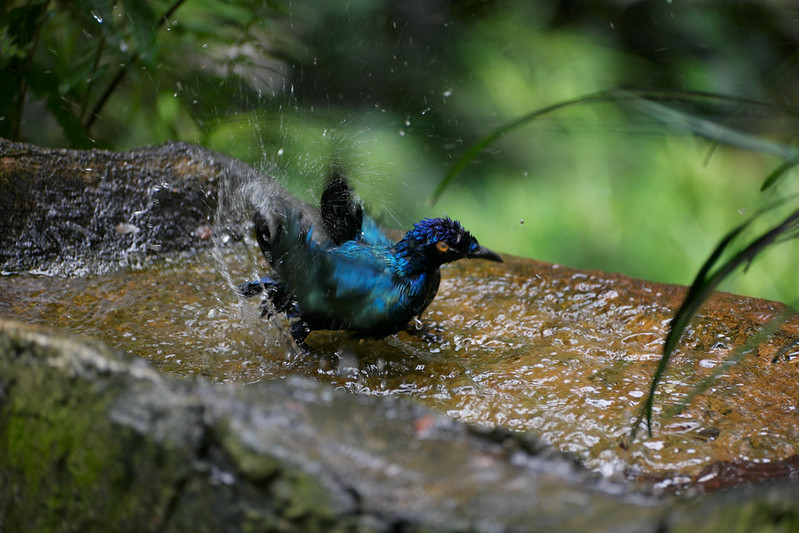 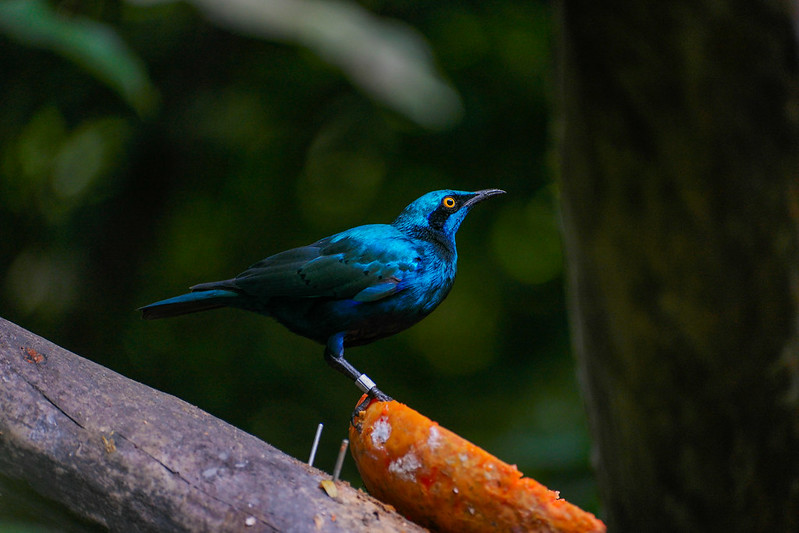 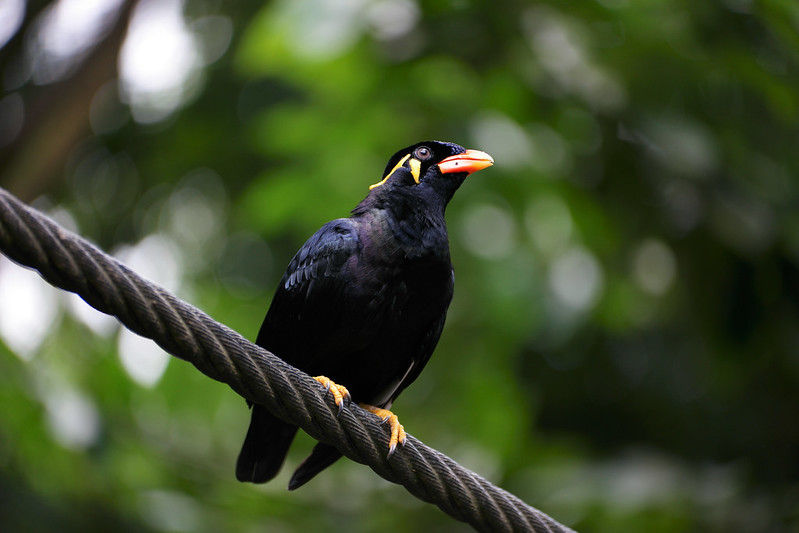 To see the album of the selected shots I did at the Bird Park click here.