Day 2 of NX Traveller Korea we are ushered to the Samsung D’Light Showcase shop to start the program proper.  Samsung D’Light is a three level shop that exhibits the best that Samsung has to offer with the top floor showing off its LED light technology and sustainable technologies, the ground floor its current and future products including the huge Super Huge Ultra High Definition Screen. If you want to buy anything, the ground floor with access to a pedestrian connection walkway has a retail shop.

After the welcome lunch at Mad for Garlic (oh superb food with everything Garlic and started by the Koreans it seems), we started to make our way towards Suwon to take a look at the pretty famous Samsung Innovation Museum. There’s a street located just outside the Korean Country Club that was lined with Cherry Blossom trees. Like I said, it was an active, open road where the trees are and we did the unthinkable. Shooting with the Cherry Blossoms while cars, vans, buses and trucks zoom passed us. Scary? Definitely! See!! The crazy things we photographers (and selfie addicts) do.

Samsung is a name I have known for the longest time since I have been covering IT products since the early 2000s with The Straits Times as a freelance reviewer (yes I am that old lah okay!!). I have heard great things about the SIM especially from lecturers who are teaching tech related subjects.

In short, I am not disappointed and am very impressed!!

The whole tour started off with a simple video introduction of what has happened since electricity was harnessed and gave a brief overall history of electronics. After which the viewing screen was turned and gave way to halls after halls of tech stuff starting from generators, to TVs, radios, mobile phones and even washing machine and refrigerators. One of the presentation even said that technology has freed women from the household chores so they can spend more time to contribute to the economy! (I can sense some unease…LOL).

Then we are led through a hall where Samsung showcases its future technology (nope, can’t say much here…so have to visit your own to find out what they have done :D)

By the time we reached Suwon, the weather has turned really grey and pelting rain. Still we pushed on to see one of UNESCO heritage sites – the Suwon Hwaseong Fortress.

Built during the Joseon Dynasty, the fortress was built as a tribute to the King Jeonjo’s father Jangheonseja  as a form of filial piety and to make Suwon city an economic powerhouse. The construction of the fortress uses scientific methods and uses modern building materials such as bricks called Jeondol and Seokjae. New building machinery called Hwalcha (lever) is used for heavy lifting. With all the innovation being used to build the first ever planned city in the World, it is of little wonder that its significance has gained recognition as a UNESCO heritage site. 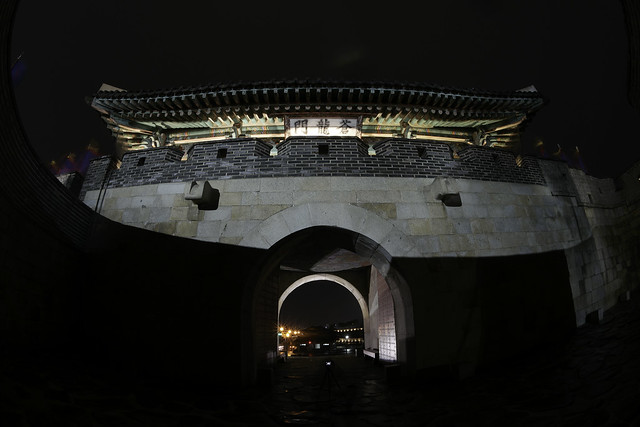 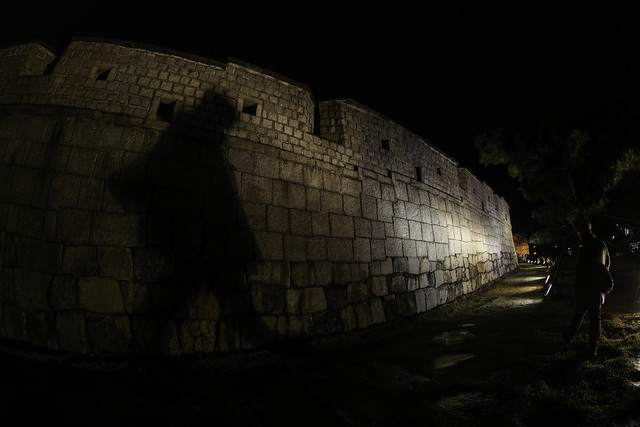 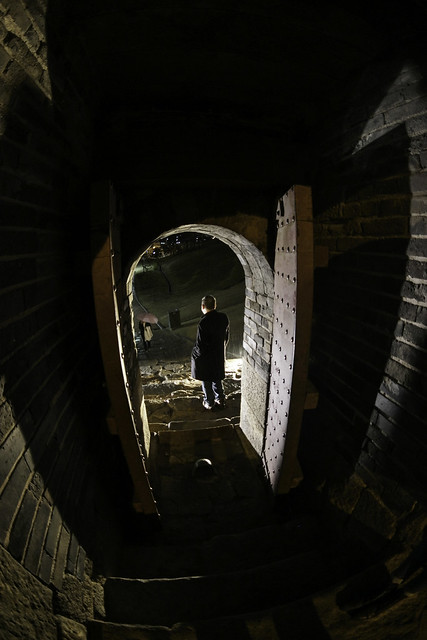 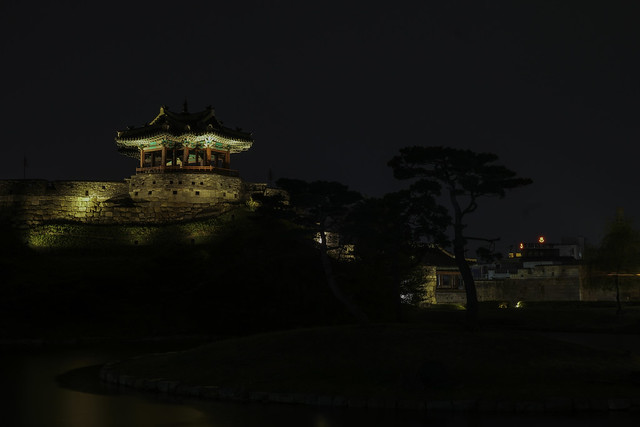 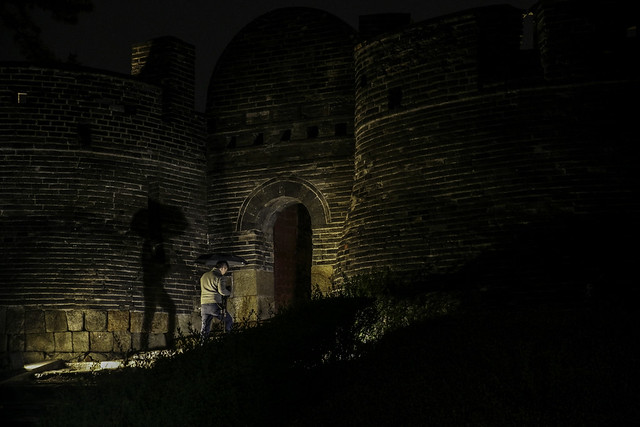 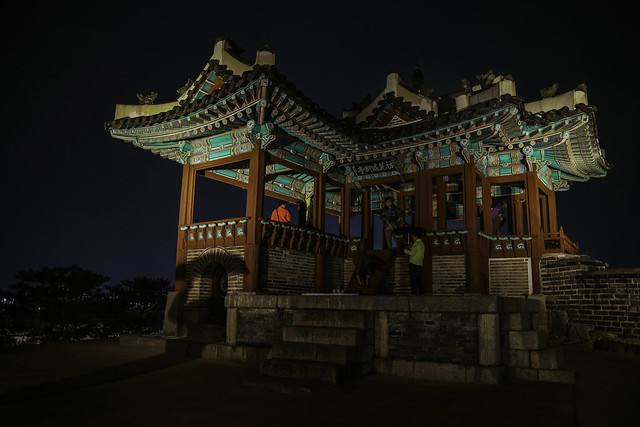 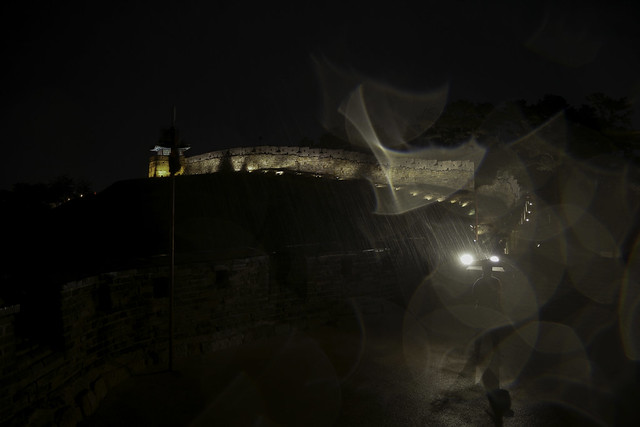 With the wet weather getting worse, shown above with Eric Ooi holding an umbrella just in front of the flood lights, we have to call it quits. This is certainly a well preserved piece of history but would be very much appreciated in a context of a traditional ceremony held here. It would be a great backdrop indeed!