I have completed two reviews just prior to my Express Intermediate class to Mersing. Oppo R7 Plus the Chinese manufacturer’s version of the Samsung Note sans stylus and Canon EOS M3, the Japanese company’s answer to the mirrorless market. 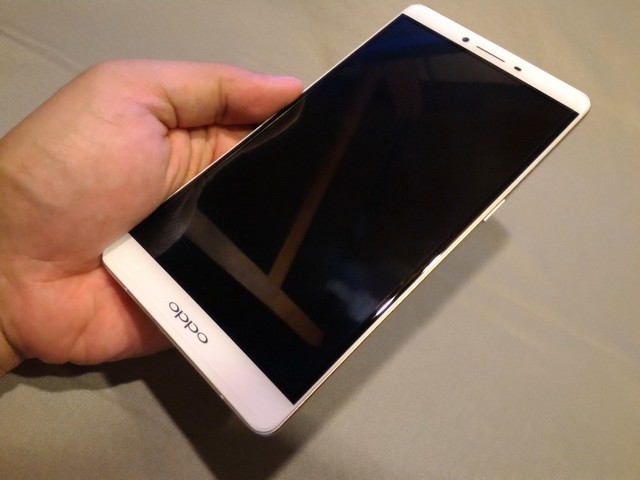 I find that people’s aversion to everything made in China a wee bit too hypocritical. When it comes to iPhone which is also made in China, people can just poo-poo the fact quite easily. But when it comes to MIC products, they can easily swipe it away when there are so many good products, with very high quality in fact making it to our shores.

Oppo is one such company. For non-audiophiles, it is tough to see why Oppo is that great but Oppo made their name through high quality audio systems, most notably their headphones and the headphone amps (the portable one is good too).  If one can score high in the audio world, then the foundation is really good for any precision electronic products too.

So Oppo R7 Plus did get my endorsement just because it has some things that Samsung equivalent do not have but lost out to Asus Zenfone 2 in terms of specification but lack the huge screen that I like. If you are going for more than 5 inch screens then save some money and go for Oppo R7 Plus unless you use the stylus extensively. And also to note, like the Oppo R7, the Dual SIM feature won’t be useful if you want to use your MicroSD card as well.

Canon and Nikon are two brands that are so strong in their DSLR market they thought that any systems below the DSLR are not worth to venture into until Fujifilm, Sony and even Samsung shown otherwise. The fact of the matter is that they see it fit to up the value of their DSLRs by adding copious amount of megapixels on cameras meant for professional demands. How many people really need 36/41/50MP when most of the time you would print a photo book and some other times, a poster (A1 no less) that can be done with a 20MP sensor?

So the other manufacturers saw that and rightfully build on the assumption that MP is more that sufficient right now. Even if we go to 4K screens the maximum we need is only 10MP, even when a 7 year old camera such as the 12MP Nikon D700 can easily meet.

Hence you will feel that Nikon and Canon introduced their mirrorless offering quite halfheartedly. During the same span of time, Fujifilm has expanded their range of lenses quite significantly whereas Canon has only 4 for the EOS M system. Of course one can just buy an adaptor and use the EOS lenses from the DSLR range but the ergonomics is not really there.

Speaking of ergonomics, although mirrorless is pointing the direction of going lighter and smaller, it doesn’t mean we must go diminutive. There is always a point when small has become too small to be of some comfort.

Still EOS M3 did signify an improved level of effort over the EOS M1 and 2 (which is a souped up M1 anyway) but the moment one is trying to protect a market by introducing a sub-par product, Then I would just say, forget it and concentrate on your cash cow, hoping that market won’t shrink too fast and over taken by the new market.

The best piece of n̶e̶w̶s̶ rumour I have heard from Nikon is that they would be coming up with a F mount mirrorless camera no doubt egged on by Sony A7 series of cameras. This will be perfect for the 35/50/85mm primes but anything bigger like the 24-70mm and 70-200mm and beyond will be unwieldy. If this is the trend (yes it should be!!) then both Canikon should ditch the M and N1 system and do a good job with their mirrorless offering.

You can read more of the EOS M3 here.