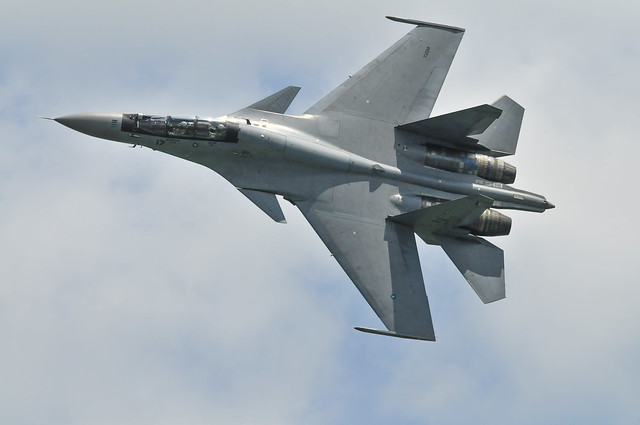 The place will be hot so do bring along sun screen, good cap and if you are not shooting, a pair of sunnies. Do bring along big bottle of water please. Drinks? SGD3.50 for a can/bottle of coke so they are taking full advantage of the fact that you are stuck in no-man’s-land.

I have shot the show with the Nikon D300 with the Sigma 100-500mm f5.6-6.3 lens. This is for the aerial display. For those who wants to know the settings, I put ISO800 (super sunny today), Aperture 11 and Shutter 1/3200s for most shots using Manual settings and Manual Focus (most planes are quite far off so I put it close infinity).

Since the D300 is also an APS-C sensor and F11 will give a good depth of field for MF so I employed the Focus Zone method of shooting. Starting to feel the D300 sensor age with ISO800 but it is still bearable fortunately. I can still shoot with the D300 6fps which is sufficient. That said, new D500 would be most welcomed when Air Show 2018 rolls along with 20MP new sensor (non Sony I heard) that coupled with a quicker 10fps and a generous of memory buffer that can hold much more pictures before it slows down.

For the static display, a mixture of the kit lens range 24mm-80mm (18-50mm for APS-C) and a ultra wide angle lens 16-24mm (11-16mm for APS-C) would be good. With the amount of people visiting during the weekend, one has to be patient to get a clear view of the aircraft. Even during trade days, there are a good number of people around the airplanes. Remember to shoot low, almost to the ground to get the dramatic aircraft shots. Between paying $60 for trade show or $22 for public days, I definitely prefer paying more for some sanity.

There is a rest area for visitors. However I feel that the public crowd will overwhelm the rest area yet again so come prepared with umbrellas to just in case.

Transportation Tips:
The bus ride for trade visitors will be $8 per pax per way. So it will be $16 not inclusive the MRT ride to Expo and back home. What I can suggest is to gather as many people as possible to share a cab. From Punggol to CEC the cost is $18 for 4 pax and the return cab fare will also include a $10 surcharge so the total is $18+28 = $46, less than $12 per pax. That said, the Taxi Q is very long and do note, On-Call taxis (Grab Taxi, Uber) won’t be allowed to take fares from the CEC.

I also try to understand the problem from the point of view of the taxi drivers. Often I do talk to them, and some friends and family are also taxi drivers so I do have voices from both sides of the issue.

The Changi Exhibition Centre taxi woe is not that unique. The companies so far has tried to entice drivers to go to places such as Sentosa RWS, MBS, Marina South Cruise Centre with surcharges. Is the $10 surcharge worth the time and money? That boils down to drivers.

Now with app booking it is one way to match demand to supply. The bad thing is that some picky drivers are now waiting for calls and bookings instead of plying the streets. If that’s the case, I think the best way forward is not to allow street pick up so everyone has to book and keep this a level playing field for everyone.

The bus ride is free for Public days so if you want to pay extra to have some sanity you can do so. I would assume the Taxi situation won’t improve with more people over the weekend. Generally the experience at the Air Show is let down by the accessibility and cost of transport. If the bus service is given free for Trade days, the Taxi situation won’t be that bad in the first place.

Want to see more photos? You can see the Flickr album here