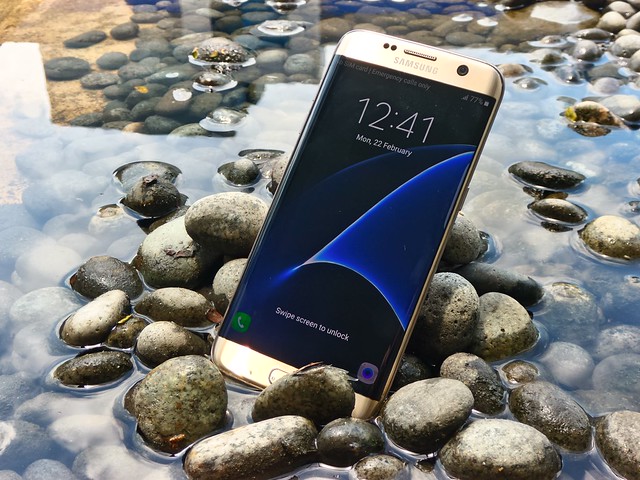 Couple of days ago the media have the first feel of the new Galaxy S7 and the S7 Edge. The official hands-on review is now with Techgoondu. But you guys know I usually will have a no-holds barred kind of review talk after I did the piece for Techgoondu and usually in the Android world the Galaxy top phone always get a few posts in. Of course everyone will be searching for some reviews on the new phone and so here I am pitching my small voice in the sea of mega reviews coming out of the World Mobile Congress now in Barcelona.

You know what? I am actually quite surprised that we get to see the new devices so soon after the unboxing over at Barcelona. Usually it would be a couple of days later at the earliest. So to see it hours after the big launch was really something. Does that mean Samsung has understood now that they have to play ball to get us excited? 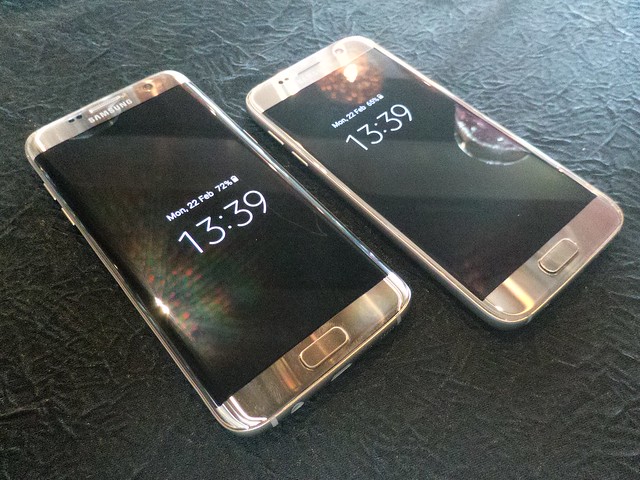 It seems to be so judging by what we are seeing in terms of specifications (you can read it in the Techgoondu piece). All in, you will have a good materials like the S6, good processor, good amount of RAM and not so good amount of ROM storage at 32GB. Well you can’t blame Samsung for skimping on the ROM storage since they brought back the MicroSD card. I mean HTC has made the same mistake in the past and Samsung got market advantage because of that. Remember HTC One X hello?!?! No MicroSD card slot? Might as well just go buy iPhone right? I mean come on, the ROM storage is so expensive, nearly paying couple of hundreds more just to have that bit of space. Not to mention having to transfer all those data from the old phone to the new one.

Of course now we have cloud storage so that’s not the big issue right? WRONG! We still have that paltry 2GB data plan remember (MyRepublic go go go!!)? Wi-Fi is the only workable solution if there’s no MicroSD card slot.

Really…MicroSD card slot makes Android special…I wonder what people had said with the S6. It is like paying for Rolex but the internal is Swatch. If it is not such a big issue, then why the huge U turn? Then again, why they make the mistake in the first place? Simply put, people always go buy the cheapest SD card they can find. Who can blame them? Everyone wants to get good things cheap. Ai pi ai qi…then complain how come phone so slow accessing photos in the card. Typical consumer behaviour.

Solution? Have a package price for both the phone and the type of MicroSD card you want consumers to buy. That is a bit of consumer education also right? And also ensure your service support is not inundated with problems associated with lousy SD cards right?

The Samsung S7 Edge is really a nice piece of work. It does feel solid, the Edges now are not so paper thin you are scared of it slipping through your palm. It has some ‘presence’ now, and it gives a bit of weight too. One word: Solid!…(what do you think of a Rolex if it weighs like a Swatch?) Glass and metal like the S6 but it also comes with fingerprint magnet. All these problems will disappear once you get the case. Then again, what for make the phone look so nice to hide it under a case? Illogical we are…

Battery life, judging by the uptick in battery capacity to 3600mAh should improve drastically…a full charge can be had in less than 2 hours. Very good indeed.

As someone who do like to shoot, the S7 Edge’s camera is really good. The image processor does a good job with interior lighting and the f1.7 bokeh is really unique. I don’t have a lot of models to choose from unfortunately to do some nice skin tones test (Germaine and Melissa are nice candidates though). Still judging by the shots that I had, it bodes well for the S7.

First of all, why come out with the Edges? The way Samsung implements the Note Edge got us really excited when it was first launched. Information can be accessed just by looking at the side of the phone without flipping open the phone cover. So naturally when the same thing was pushed to the normal sized phone (now S7 is in the Phablet territory), the same thing didn’t happen. Yeah they give you full access to 10 app icon in 2 rows of 5 but once the phone cover is shut, nothing can be seen.

Besides, what’s the problem of adding another home page and add widgets…it does the same thing isn’t it? Since we don’t need the edge, then should we get the S7? Quite honestly, when the price between the two is just $100 ($1098-$998), then might as well just get the bigger brother. Samsung is telling you, “Edge is the premium phone” and the specs proof that.

Actually I still don’t understand why they need to come out with the S7. Wouldn’t saving the money producing the S7 goes towards making a better S7 Edge? Or making it cheaper for us consumers? If you need the S7, then I think the Samsung A7/A5 should suffice.

And then that leads to this point. When budget phones can have dual SIM card slots with an actual MicroSD card slot, then why are top of the line phones lacking in that department? If you do want the Samsung quality (something the competitors are fast catching up) then the A7/A5 is really good enough. Seriously, if I am abroad and I need to be contacted by people in Singapore, I would need the two SIM cards…AND I also need to access my confidential files in the MicroSD card (no cloud solution for me thank you!! especially when questionable 3G/4G might not work)  so aren’t Samsung telling people NOT to use their phones while abroad? OK…even if I do want to use phone with a half solution, then wouldn’t it be helpful to assist us to access the SIM cards easier without using the pin? Granted not all Singaporeans go abroad frequently, even so don’t tell me there are no people using two phones while in Singapore?

Judging by the demographics that Samsung is aiming with the S7, these are the people who do travel…a lot.

Having the IP68 rating (water and dust resistance…without caping the ports mind you!) does create some technical difficulties and so the SIM/MicroSD card tray is the way to go. Then again, how many times do you really need to take the phone to the showers? Of course butter fingers who always casually drop their phones into the toilet need such features. Maybe not bringing your phone to the toilet will save  you a couple hundred of bucks…and then we don’t need to pay manufacturers to give us IP68 phones. Even if I did drop my phone, replacing mid-budget phones would be a better alternative and I can get a new phone too!

Seriously, when we really think about it, IP68 and 4K screens are not needed…and we are paying good money that don’t really help (again unless you are butter fingers).  Why not 4K screens? Really…do you need that kind of minute details when watching shows on the small screen? Really NEED? And such screens drink battery juice for breakfast, lunch and dinner. So kudos to Samsung for not following Sony to 4K madness even though it has QHD, a resolution that I think is already beyond what we need and is good enough at is for a premium phone.

Simply put, if you are getting a Android phone to show off, S7 Edge is the phone to get (or maybe the OnePlus 2’s rarity will be a bigger talking point). But pragmatic and practical uncle that I am, my money’s elsewhere now, more so when I am protecting my 12GB data plan, armed to the teeth (and again..MyRepublic Go Go Go!!)

…and next month I get to have a look at the Huawei Mate 8 at Kuala Lumpur. Exciting days.

You can read my Techgoondu report for more details.