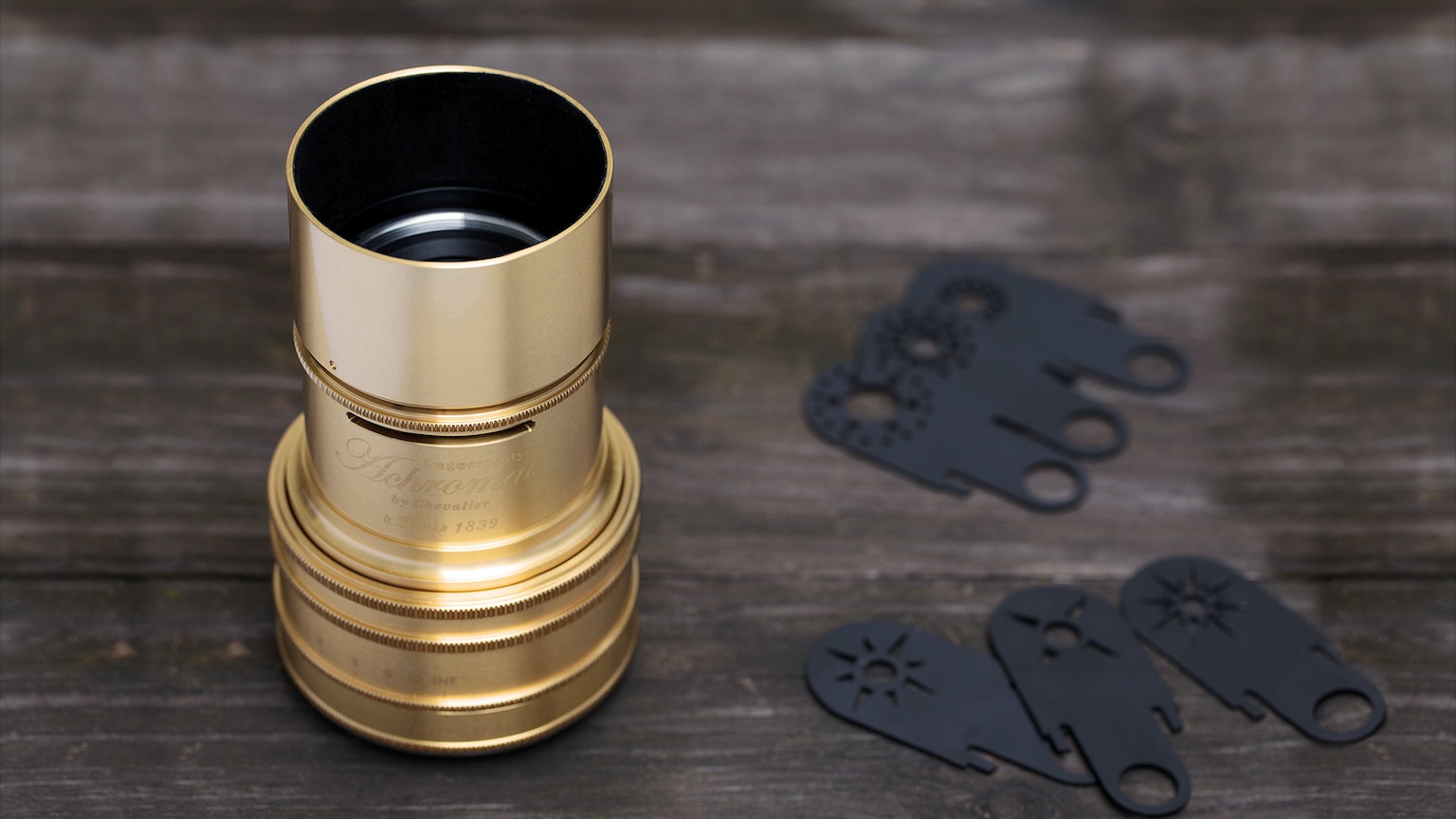 I have always be a fan of weird lenses and Lomography seems to be hitting the right notes when it comes to old lens design. I saw the Petzval and immediately love it to bits, then the Jupiter 3+ that I wrote a review for Techgoondu that tickled me. The only snag was the Petzval 58 that I think the variable circular bokeh didn’t really hit my sweet spot but then comes this Daguerreotype Achromat (DA) 64mm (APS-C: 96mm) at f2.9. At the time of writing, the DA lens has just concluded its very successful kickstarter campaign which I am fortunate enough to be a one of the earlier backers. I would be very happy to be surprised by the lens once it comes in December but thanks to Lomography, I got hold of this lens before that and so here’s the review.

As you can see, there are two main colours – brass/gold and black. Between the two, I very much prefer the brass look. My Petzval has aged beautifully over the months that I had it. Yes it is tarnished but that add character. In comparison, I am not so sure about peeling black paint. Some akin that to brass decolorisation but to me it looked kind of dirty or even abused. One man’s meat is another’s poison so I leave it at that.

Here are some differences between the Petzval and the DA lens. The aperture sits behind the lens whereas the DA aperture plates sits in front. The Petzval utilises a focusing knob and the DA lens has a focusing barrel.  Between the two focusing mechanism, the Petzval got my vote as it is easier to turn a knob than to twist. The knob also allows as little movement as possible too and having it does make it look different than your typical lens. The DA lens followed modern lens design. Perhaps that’s easier and cheaper to manufacture and most photographers are used to that anyways.

Everyone is asking if the aperture blades of the Petzval can be used with the DA. The answer is no as the Petzval plates are thicker and you can’t slot them in. However, the Petzval can use the DA plates pretty easily although it will be loose. That can be solved by using an elastic band. More plates for the Petzval!! Yeh!!

Optically speaking the 64mm focal length is a bit weird. For a crop sensor, it is a 100mm approx so is good for portraits. For full frame sensors, 64mm can be a bit tight when compared to the 58mm Petzval. Not much but can be a hindrance if space is of premium.

So how does the images look with this lens?

The lens is quite versatile and due to its smaller size, easier to bring around than the Petzval. If you add the ability to take in filters, the DA lens gave a much better value overall. If you do like the circular bokeh like the Petzval, the DA sometimes show hint of it only when you are deliberate with looking for complex background such as green foliage.

Right now the Daguerreotype Achromat lens Kickstarter campaign has been completed and received overwhelming support garnering over US$900,000 of start up funds.  You can also preorder the lens but it will be delivered only after Christmas unfortunately. Is this worth the wait? The short answer is yes and photographers will have another lens in their arsenal to create more unique images for their subjects.