Goondu review on the Olympus Pen-F

A quick note to say that my review on the super pretty Pen-F is now up at Techgoondu . As usual here’s my full unhindered Singlish thoughts on the Olympus system thus far because there is a limit of what to type in Techgoondu because of readability sake. Nothing wrong with that because in TG I get to be concise on what I think but here, I can say much more and you may get a better feel to my user experience.

So what do I think about this camera after using it for my latest trip to Malaysia to cover the Citrawarna street performance?

I feel that in general it is a good shooting machine for most of the time and for most people. I may be a sucker for the camera to look old and stuff but I still treasure how a camera works in my hands during a shoot. The Pen-F follows the EM1 and EM5 pretty closely in terms of user controls so it is really easy to manipulate. The mode dial is also not locked in although you can by pressing the central knob down to lock.

All well and good until you see the front knob. Guess what that was used to be? The shutter speed dial on the old Pen F (circa 1963) which is also a half frame film. Half frame….that means you take your normal “full frame” sensor and divide by half into 24 x 18 frames (35mm full frame is 24 x 36). It is technically slightly bigger than the APS-C which is around 24 x 15. So yes Olympus has an APS-C film camera of sorts so I wonder why they don’t continue that trend and instead come out with the MFT. More on that later.

Back to the knob. If that knob used to be a shutter speed and it is now handled by a rear scroll wheel on the top plate, that means the position can be used for other settings. And what was there? An Art mode wheel. Seriously…would I really play the art mode extensively? For me no. Would a typical non-professional user use it extensively? Phone yes but as a camera it might not be that critical anymore. After all there are much better filters in the phone and the camera can send those images to the phone via Wi-Fi anyway (and it is much better implemented than the other brands).

These art modes are fine when it is manipulated with software activation. That means you either click it open with your finger like in a smartphone or you go to the menu and activate it. In any case, I would still like to shoot the original first before using the filter like I would do on a smartphone. One art mode is arguably useful is its art mono. A bit too strong for my taste but is still okay. 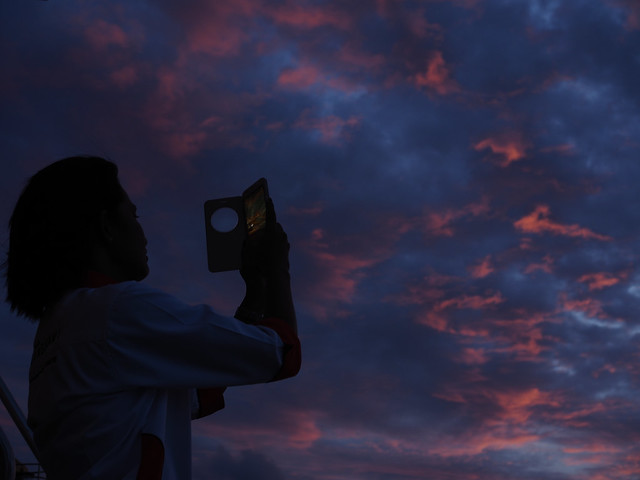 What would I replace it with? ISO. Really ISO. That is the most used dial even before aperture/shutter. After which, depends on shooting mode, we will use the exposure value (EV) compensation dial. Heck I would even put the EV dial in front with the ISO dial on top. Why? Because once I set the ISO for a certain shooting condition or scene how I manipulate the camera in terms of exposure is via the EV. Fast and furious. 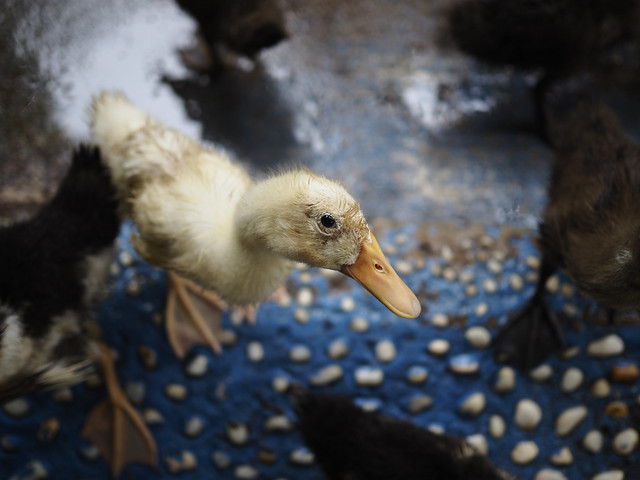 During film days, we usually choose the ISO for the film we are using and do our best to match the ISO of the film with the exposure settings on our camera. Yes in modern days we don’t do that anymore and so ISO can be changed easily. But putting ISO first actually force you to consider the scene you are in and then set the appropriate settings for the shot that you want to achieve. Having Auto ISO although good in general and super useful in events, does hinder the learning process.

I think that is a missed opportunity to make a consumer camera body into a semi-professional or professional body. Yes consumer because Olympus decided that this camera need a Art mode dial more than an ISO dial. That’s how we determine what camera is suitable for what. Really…if the Art Mode dial is not there but is an EV or ISO dial, its asking price of S$1798 (just body alone) will be very easy to swallow. I repeat: VERY easy to swallow because the Pen-F is now seen as a serious camera for serious photographers.

Again, this is one business trait I totally hate to see. When a company has too many business unit and vested interests, it will prevent the company in producing products and services that will gain them more customers. Cases in point – Canon 5D series versus their C-line camera, Nikon Full Frame push in the last few years that alienates their APS-C professional users until D500 (I guess by now they should know D500 is a cash cow for them this year), Canon/Nikon questionable mirrorless offerings, Samsung’s horrible handling of their imaging division just because of the mobile division (their NX-1 is creating waves in the photography community but cut short as the mobile business is not doing great then and became worse now).

I just hope these companies learn something.

Although you have employees in such divisions working on your cash cow products and services, it doesn’t mean those cows will continue to give you cash in the future.

If the top management keeps giving lacklustre products to their customer, sooner or later people will downgrade the brand. Do we hear Nikon Canon in the same breath when people are asked what mirrorless camera to buy? Do you think people will continue to upgrade to Nikon and Canon now once they have a good system to play with?

So I hope Olympus don’t for the sake of making their E-M1/5 stand up by dumbing down their other cameras. That is totally unfair to those who buy your cameras (and also don’t update it so often like Sony).

And then there’s the High Res mode. I have said this in detail in the EM5 review last year. If a subject has to stay still for some time before the camera is finished capturing it, then it is okay. If we are living in the Daguerro Type wet plate era of photography, the Pen-F and E-M5 are both heaven sent to shoot high res studio photos. But we are not unfortunately and I have good reasons not to buy this camera for this feature. Do read the link above.

All the talk about the features what’s important are the photos. Here are my short points

The MFT standard was in a sense godsent during the time when a D700 was just introduced. It promises all the good things that the mirrorless camera could do including video and smaller sized camera. A shorter flange distance also means the light won’t diminish over distance promising a much brighter image for the sensor to work with. All are music to the consumers ears then.

Moving along a few years one thing is very clear now. The MFT sensor didn’t improve by leaps and bounds as compared to other brands. Look at Fujifilm X sensor, Sony alpha 6300 and Nikon new D500 sensor all APS-C are doing great. The MFT sensor at ISO1600 still shows some noise though it is definitely better than before.

But I looked at my Nikon D500 at ISO 2500 and it is as clean as if not cleaner than the Olympus. I believe now it is not purely a matter of sensor size but also how the camera handles noise in general via processing. MFT still has its work cut out for it.

And MFT as a system does suffer at both extreme ends of the focal length spectrum. If you want to do astrophotography, the 7-14mm lens at f2.8 (not the fish eye) is going to cost you. If you want to zoom for nature, the most you can go is using Panasonic’s 100-400mm f4.0-6.3 which yields 800mm which is good enough but I might add that it is the only option you have. I have still not push the Pen-F AF capabilities when it comes to nature/bird photography because of the lack of test lens. You can check out the lense chart.

“The Pen F, with the right lens, is a super fun camera.”

I will still go on to say this, “The Pen F, with the right lens, is a super fun camera.” The first MFT camera I ever said that. Now if they can make their lense cheaper especially for the extreme ends of the lens range and improve that ISO noise reduction further.

Wait a minute how about videos? Seriously if you do want a good video camera get an actual camera to do that. If you are not an art house film director, then the consumer video are doing a fantastic job. 4K? really…how many times you watch Youtube on the 4K screen? Anyway here’s a clip for you to see. It is as good as it gets for me personally.

Here are the photos from the Pen-F during my familiarisation trip with Tourism Malaysia and other miscellaneous tests.  And here, as comparison the Nikon D500 shots using a f2.8 lens.