My Experiences with Chinese Phones (circa November 2016) 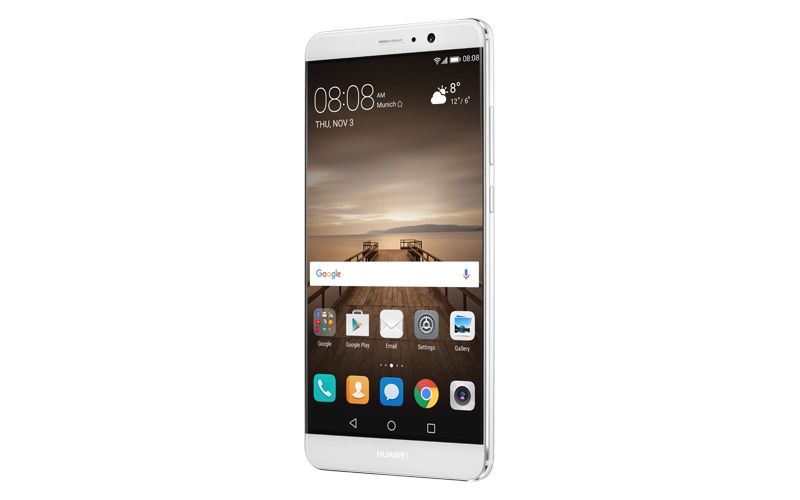 So I am not surprised when people starts to associate quality with either brands or the place of manufacture or both. I have this one pet peeve. When people say they have problems with China made phones then I point them to their washing machine, their kettle, their pot, their clothes, their underwear and lastly their iPhones.

And then they will counter to say, <insert Chinese brand> is lousy when in fact there are also brands from other countries of good repute that didn’t do well too. Even Japan and Germany have brands that are not exactly endearing themselves to consumers.

The reason why brands are around is to give you, the consumer, a shortcut to make your purchase decision by giving you an image of what the brand represents. That is why Samsung pumps in gazillion of dollars in their marketing efforts! What’s left is whether you allow the branding or ‘shortcut’ to be your own ‘biblical truth’ about the product. If left alone, you will find yourself being cut off from people or things that are actually better and shut off better alternatives. I also learnt of this because of two brands – XiaoMi and Huawei.

I first know about XiaoMi when they launch their Redmi a few years ago. I was desperate for a new phone that doesn’t break the bank so that I can maintain my 12GB + 4G contract at SGD43. Recontracting will only give me back 2GB of pathetic local data if I maintain SMS and voice under the normal subscription. It is also not that any cheaper with the SIM card only plans too.

Still, I can sense that XiaoMi is going towards the right direction then. Redmi was plastic through and through but it felt solid. I could easily throw the phone at someone and hurt him badly. It has removable batteries and *gasp* TWO sim cards support with a MicroSD card simultaneously. It doesn’t have the top of the line processors but it worked quite fast until the MiUI updates that make it crawl no thanks to the processor. The Redmi camera was also a revelation and it doesn’t cost your arm and your leg and definitely not my 12GB data plan.

Then there were other manufacturers trying their best to improve their cameras. The reason is simple – the Android experience has reached a plateau. It is good enough and things get done very easily now. I can do all my updates on all the social media platforms without a hitch if the phone has a mid range processor and enough RAM or storage to do my thing. It is starting to get real tough to be different from the competitors these days. 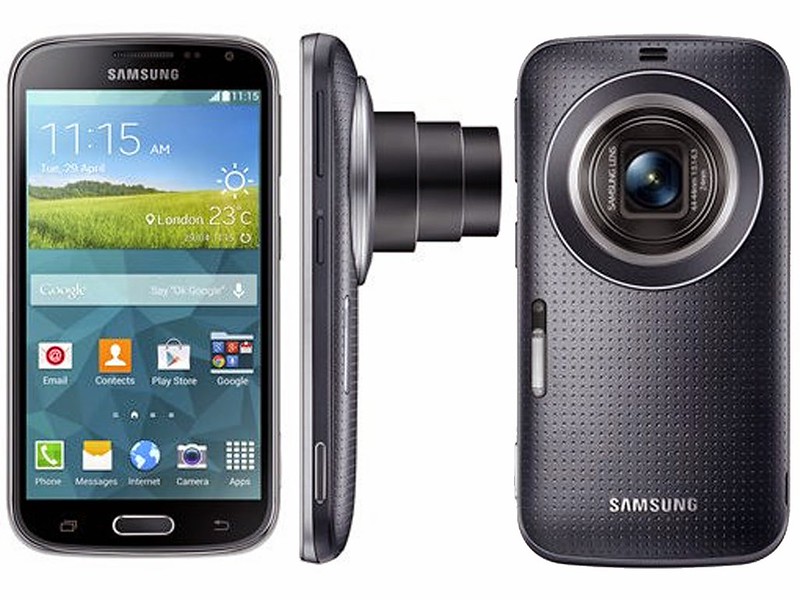 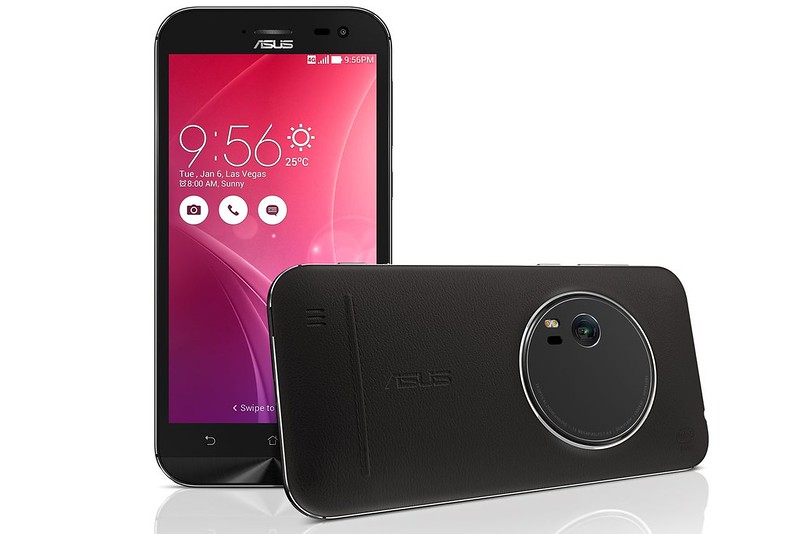 I still remember two phones that are trying to be different with their cameras. Samsung has their Samsung Galaxy K Zoom and Asus Zenfone Zoom both utilizing optical zoom. They are okay but it didn’t pry me away from my Fujifilm X100 compact camera or my X-E1 mirrorless system camera when I was out and about. They have improved with the lens at the front of the sensor but not the processor that is controlling the sensor or more accurately to render the data from the sensor in the best way possible…until Huawei’s P9.

Those who knows me in person will understand I try to give chance whenever possible. That applies to both people and things. In Singapore, the main Chinese manufacturers in the Singapore market this decade are Huawei and ZTE. I have tried their phones at IT shows and shops whenever I get bored shopping. Both were forgettable and my only take away was “it look like iPhone in exterior and the Android experience is about the same” and didn’t think much about it.

I used to work with someone who was training people to sell Huawei phones and the specifications then were not that competitive on top of the bad assumptions that our local Singapore consumers have on Chinese brands. So it was hard for the promoters to move Huawei phones.

That started to change with Huawei Mate 8. I was invited via Techgoondu to check out the Mate 8 in Kuala Lumpur. I confess it wasn’t the phone that got me excited. It was being invited that got me excited (LOL!). I went to the function hall and listened to all the marketing announcements during its launch. Then it slowly dawned on me the Mate 8 is something quite different – the huge battery, all metal construction, better design language and best don’t look like anything in the market.

All good but something’s not right. Yup, for me as an avid image-taker, I just don’t feel that comfortable with the camera. The whole thing didn’t gel as a package. I do dig the big screen and no issues to use the phone the whole day with 30% battery left after heavy usage but I still brought my compact camera out when I need to shoot. So that said something.

Seems like Huawei answered my complaint mere months after the Mate 8. In comes the P9, the successor to the P8 and P7 (that one that is basically an iPhone clone). What I admire about some companies is that they allowed others who have are technically more advanced to contribute. I have no doubt that Huawei paid big sums to Leica to co-engineer the dual lens camera system in the P9. But at least they are truthful to themselves as to where they are found lacking.

Long story short. I have nothing but only praises for the photos the P9 can produce for me as my everyday phone. The Mate 9 is now growing on me as I do more test shots with Asus Zenfone 3 and Sony XZ phones to complete the camera phone shoot-out. Actually, now I am considering buying the review set .

I still maintain that having a good camera on the phone is desirable but I still buy the phone first as a communication tool (for social media use), a camera second (a far second I need to say) and an entertainment device third. If there’s a phone out there that can do all three well that’s a huge bonus for me. It dawned on me that Mate 9 is that phone of the moment that can do all three very well. If I kept to my prejudice against Chinese phones, I might not have known about the P9, let alone the Mate8 or 9. So keep an open mind because the Chinese are coming and coming in a huge way.

However, I got something to say before I end this piece. If you have realised, every other article that review phones always like to compare the phone in question to iPhones. Granted, 1st generation iPhone to iPhone 3G attracts millions because of its design and use of materials. But this line of comparison is starting to get old. TOO old in fact. It adds nothing new to the review and if you really think about, any phone that started with an oblong slate as the design foundation will end up with the modern smartphone look anyways. 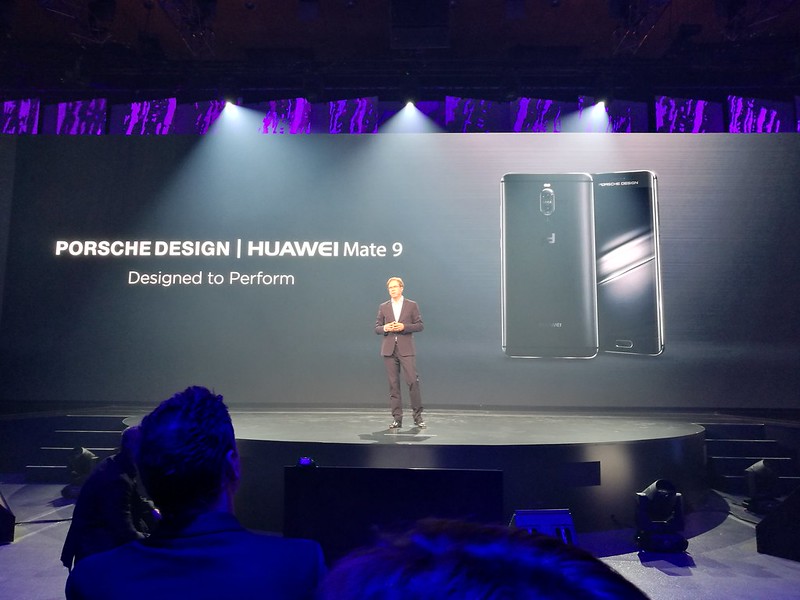 I have the same feeling with Porsche Design Mate 9. Don’t get me wrong. It is was lust inducing and I made a beeline for it after the presentation. The material used is top class. It feels very good but if I am to blindfold myself and mix the Mate 9 up with the Samsung S6 or S7 Edge, I don’t think I will have the confidence to pick the right one if the dual lens camera is not there. If I can’t feel the difference then I wonder why I would pay a premium for this. This is something Huawei should rethink. You got the right partner for the camera so please try to maintain that track record. Actually I did ask Huawei why don’t they just adopt Porsche Design as THE design for the Mate 9 and do away with this dual version path they are taking. On hindsight, I am glad they didn’t.

To be fair, all the designs we all see with modern smartphones, at least good ones, are just block of metal with a glass screen in front with buttons, speaker holes and headphone jack (this alone will distinguish itself from iPhones in the future). Material used is non-issue for me except for glass back as I am sick of seeing my fingerprints all over the place (and hope no one lifts my finger print when I was not looking). Ever heard of Vertu? Nice exterior but underwhelming software as their latest phone is still using Android 5.1…yes yes I get it..people buy Vertu for the status but for most of us the phone ITSELF feels nice but we covered it with casings. Sort of defeating the purpose right?

Now with all the phones more or less looked like each other. I seriously hope we get to see very practical and useful implementation of functions and features that are out of this world. Okay, Out of the box is good enough. Would we get a Nokia Banana phone equivalent or a nice physical clip-on keyboard for those who hated the on-screen keyboards (yes even with swipe, it can be horrible experience)? Now Lenovo’s Moto Z is giving us snap-on, pry-off camera system mods and there are now super high screen to phone casing ratio smartphones from Meizu and Xiaomi Mix and things are looking to shake up in the coming months. I am waiting with asthmatic breath.

My parting shot – for goodness sake, have a proper dual SIM card support WITH MicroSD card PLEASE! If you squeeze in a proper SIM card without sacrificing the SD card it will be a factor to consider in YOUR favour. That’s why Samsung A5/A7 didn’t get the numbers because of this and yet people all follow. AIYO!

To know more on what I think about Huawei, you can read my article in Techgoondu.