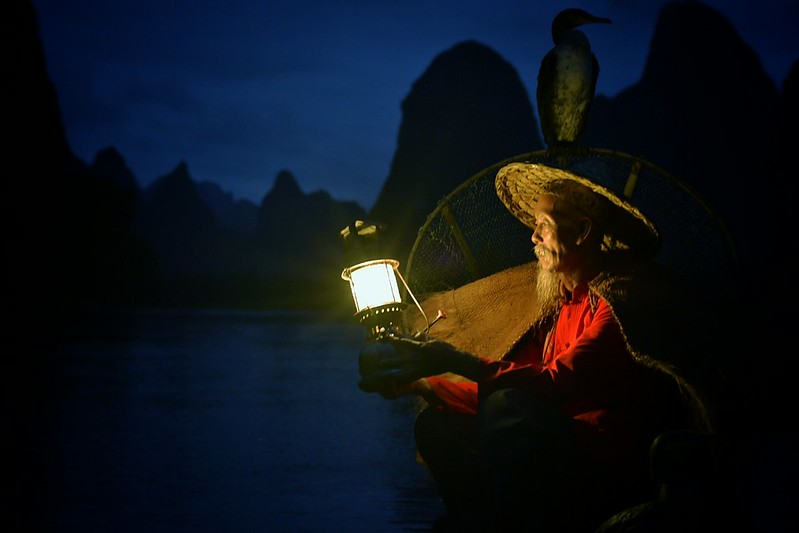 Talk about the most picturesque places in China there are many but Guilin is always in the lists of ‘most beautiful’, ‘Top 10 Watery Wonders’, ‘Best Rivers of the World’ etc. So it is little wonder why when there is a suggestion within Singapore Photography Interest Network (SPIN) to do a photo tour there, I was hooked and decided to make an exploratory trip to Guilin and plan a photo tour for SPIN.

According to Roy, with progress in terms of living conditions brought by tourism also leads to the deterioration of the indigenous culture of the mountain tribe called the Zhuang (壮族) and Yao (瑶族)

Guilin itself is in Guangxi and it is quite huge in terms the things we can see but can be summarised into Li Jiang (漓江), Long Sheng (龙胜) and Yangshuo (阳朔). 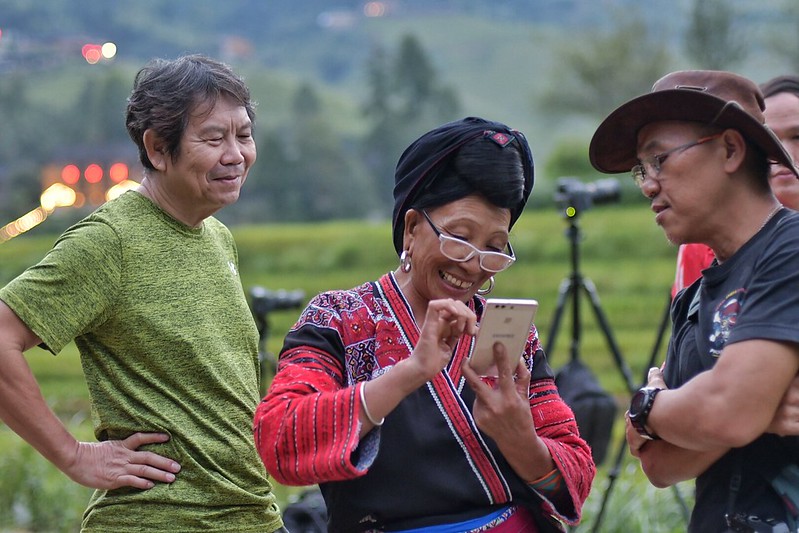 There are no direct flights to Guilin from Singapore and so the closest entry point would be Guangzhou. Thanks to the opening up of the market in the 80s, Guangzhou along with Shenzhen are two cities that saw the most development in the southeastern region of China.

Because of the flight schedule, we stayed a few nights before making our trip into Guilin and returning home. Generally, the city is well served with comfortable hotels so modern facilities are definitely around.

If you are into food then Guangzhou is really a foodie heaven as well so spending some time, especially around the local residential area where our hotel is located is also a great place to eat and take street photos.

To go to Guilin, we took the 3-hour bullet train ride from Guangzhou to Guilin. Again, people’s idea of China needed to be updated and the bullet train is the symbol of how far China has progressed over the last 20 odd years.  Yes, it is comfortable and yes getting the train ticket is a pain in the posterior as well as you need to buy online and collect it on the day of travel. 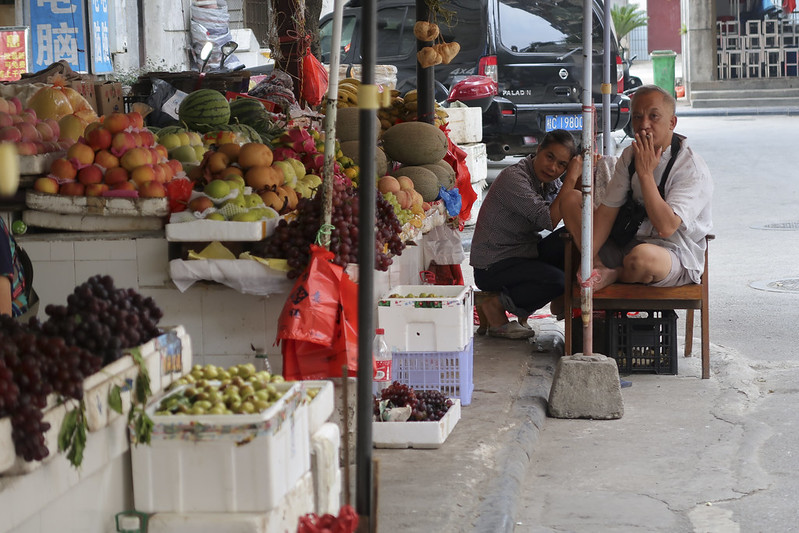 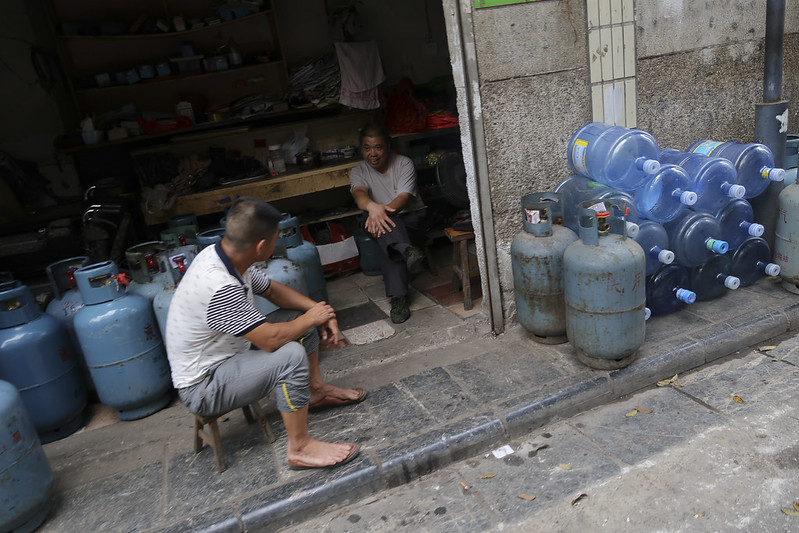 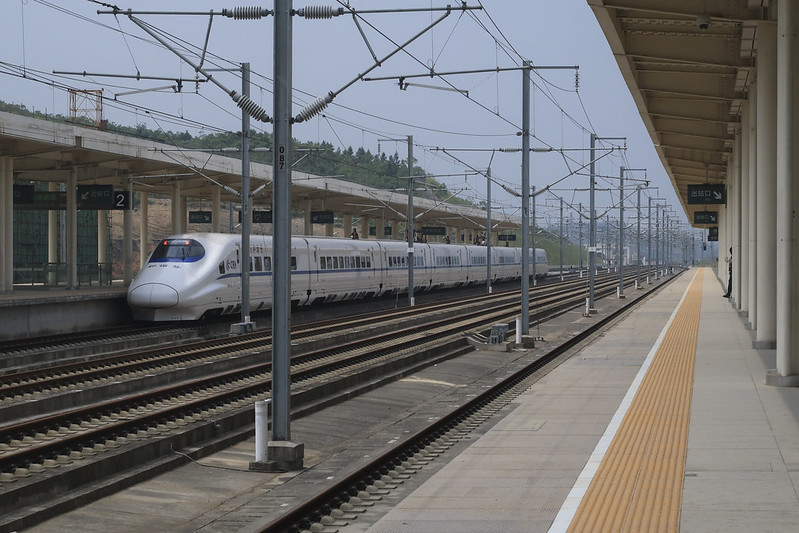 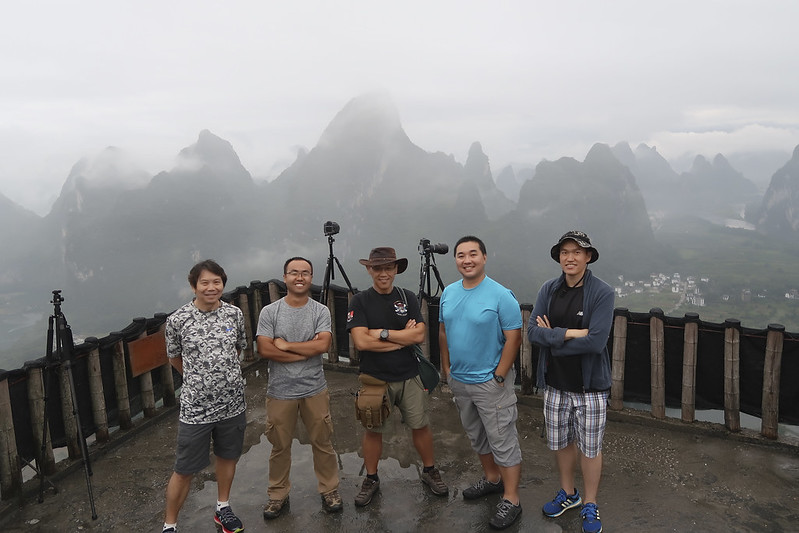 After staying in Guilin City for the night, we make our way into the mountains of Guilin.  For those who follows my adventures, I try not to go places that are easy for the tourist to go. As Guilin is now considered very commercialised when it comes to tourism, taking the time to go around and shoot would mean taking a vehicle and really explore the area.

Then again, if it is too remote, it will also take a lot of time especially when you have annual leaves to manage. So we decided to do something that is accessible but has as little tourists as possible.

One of these places is Xiang Gong Shan (桂林相公山）or Husband Mountain for the literal translation that promises fantastic vista of the Guilin mountain range and if lucky a sunrise to light up the scene. While there we got ourselves rain caused by the ‘nearby’ typhoon off the coast of China so it was pretty wet and cloudy. Thanks to the good coffee from Mercier to keep us awake and warm we waited until the sky cleared for us to take some well-deserved scenery.

Around the area are also rice padi fields where the locals grow the staple.  So there are chances for you to catch the locals bringing their cows and buffalos to the fields if you are lucky but usually not the picturesque pose we see in the brochures. The other view we kept seeing is the Guilin fisherman with his Cormorants.

The other view we kept seeing is the Guilin fisherman with his Cormorants. The birds are certainly great fishing tools where the fisherman just tie a string around the bird’s neck and prevent it from swallowing the fish whole. That way the fisherman can just pluck the fish out of the bird’s beak. 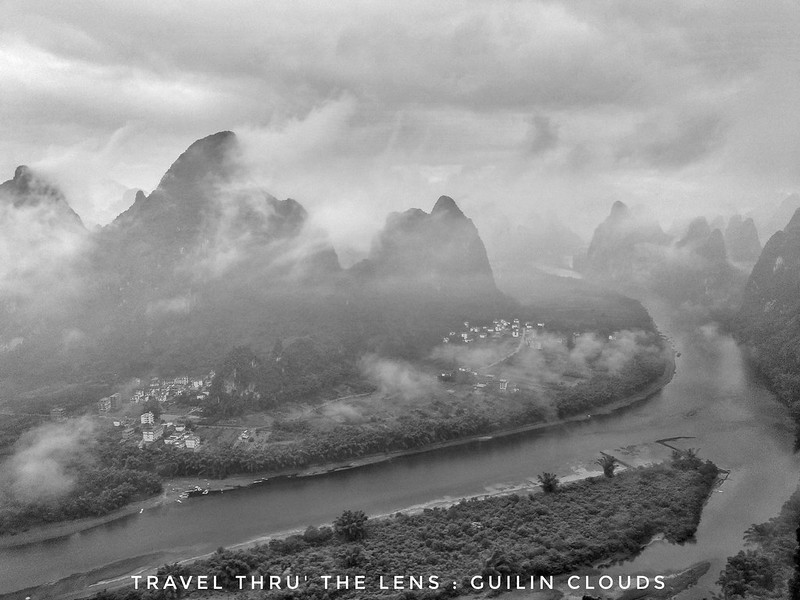 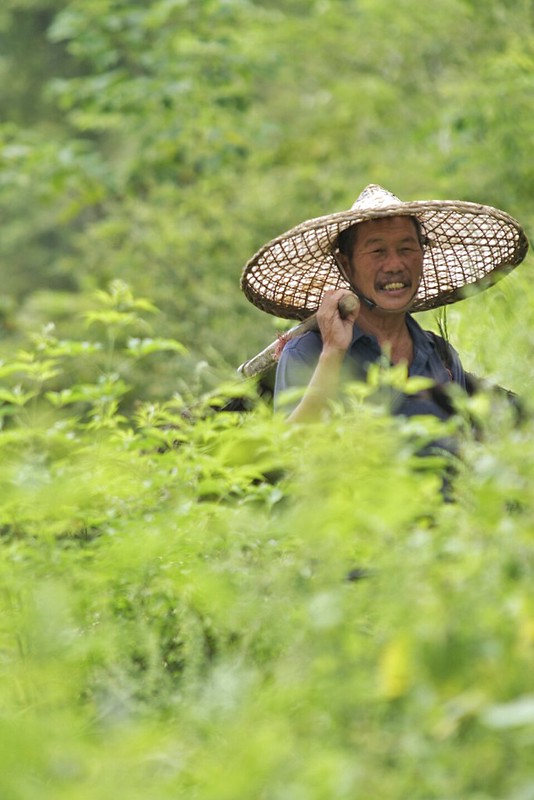 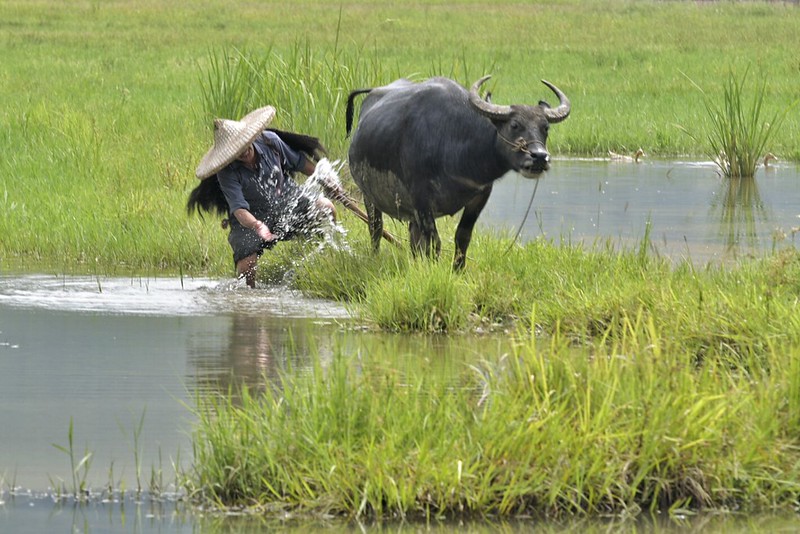 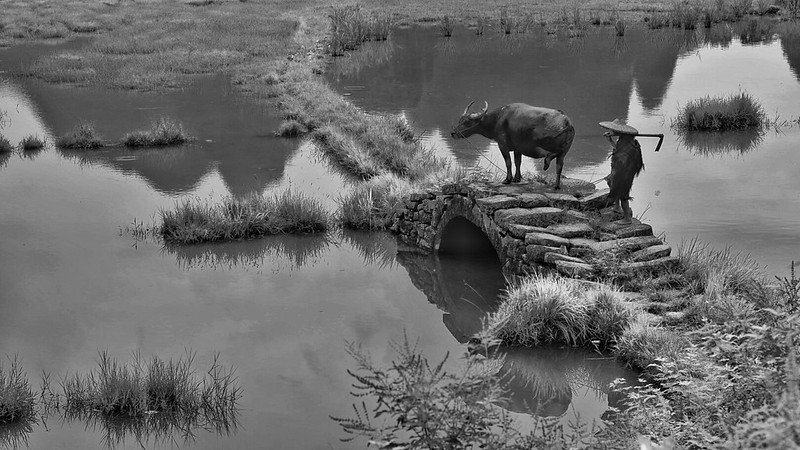 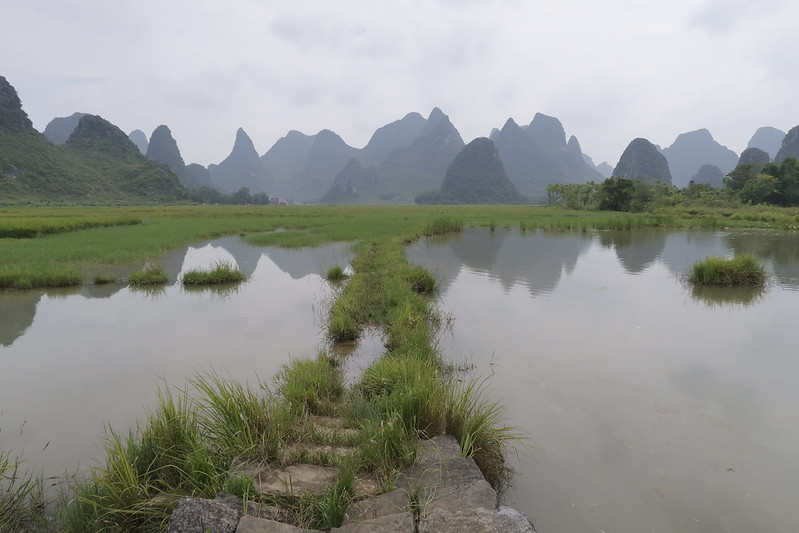 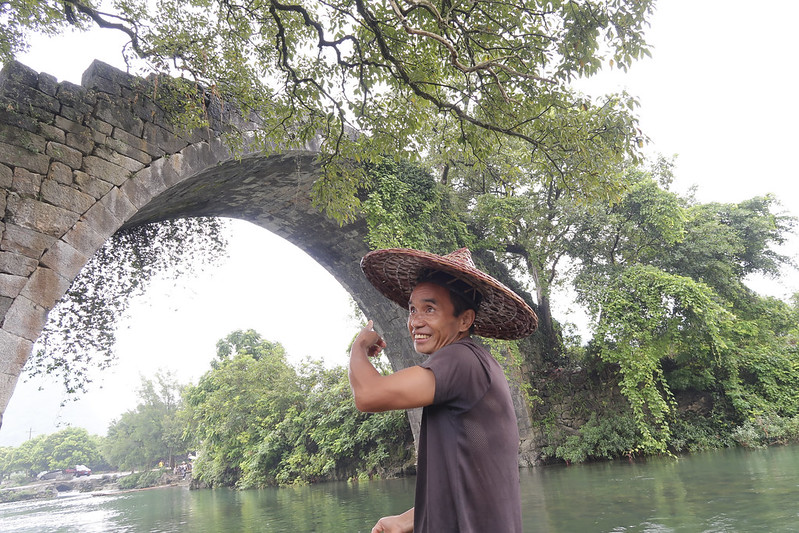 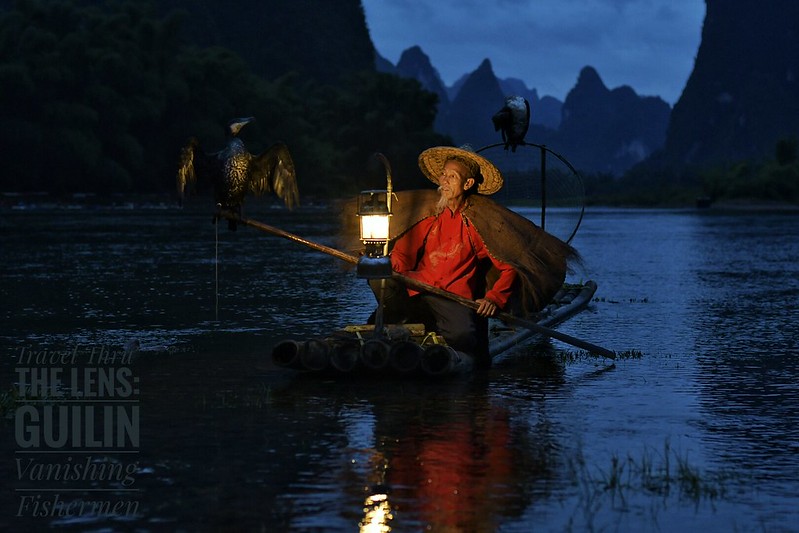 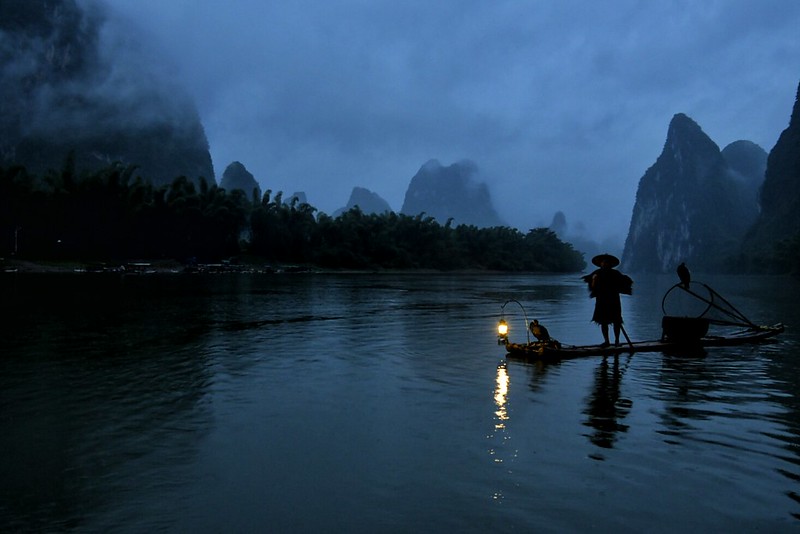 Guilin’s towns are scattered along the Li River and some of them are rich in history. And part of that heritage we can easily see are the old towns and its old houses. We planned to visit some houses and talk to the residents of these houses. One of them is at Da Xu.

The houses are certainly full of character as I would imagine if I am visiting my ancestral homes in Hai Nan. You can see the beams and the interior with the old wooden furniture gives a homely feel and yet it brings you back into time. It is certainly an eye opener. 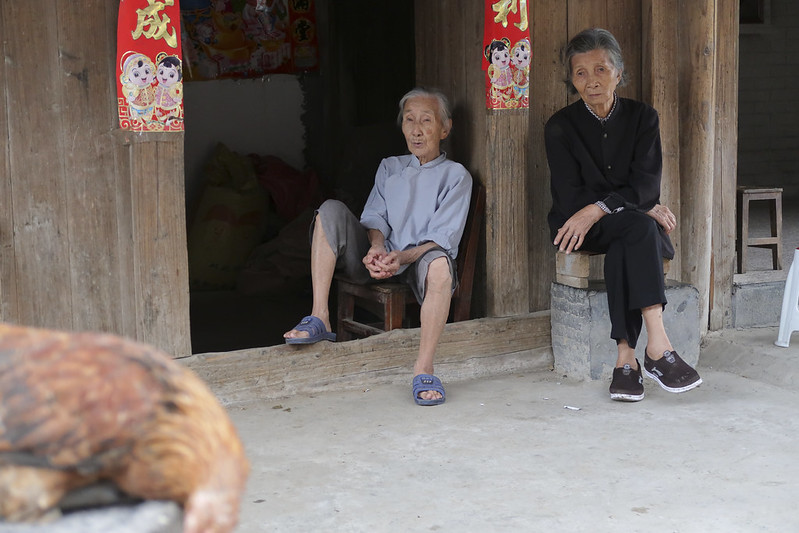 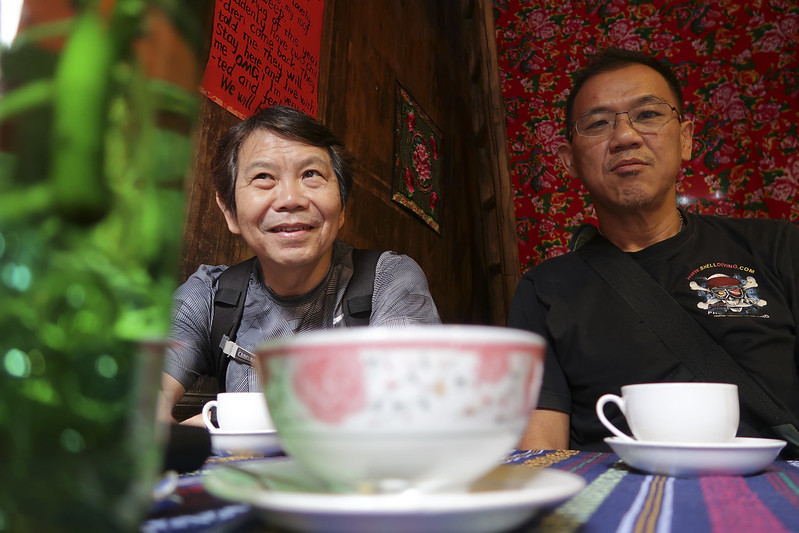 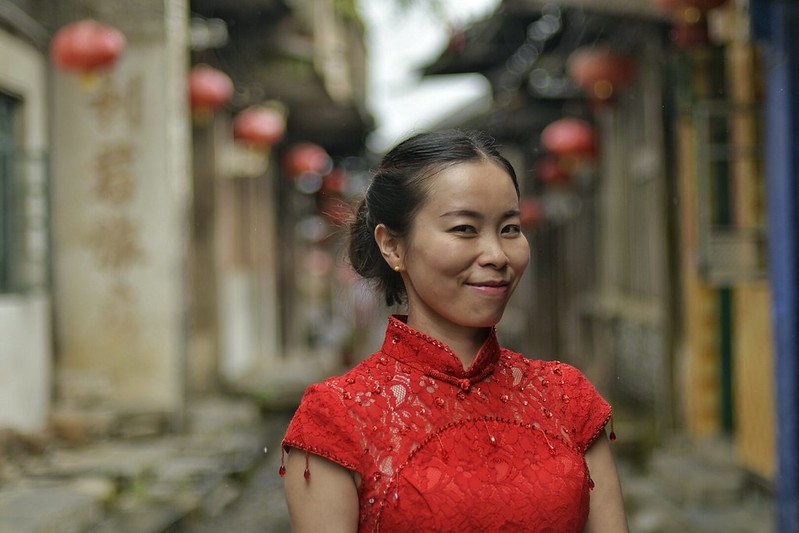 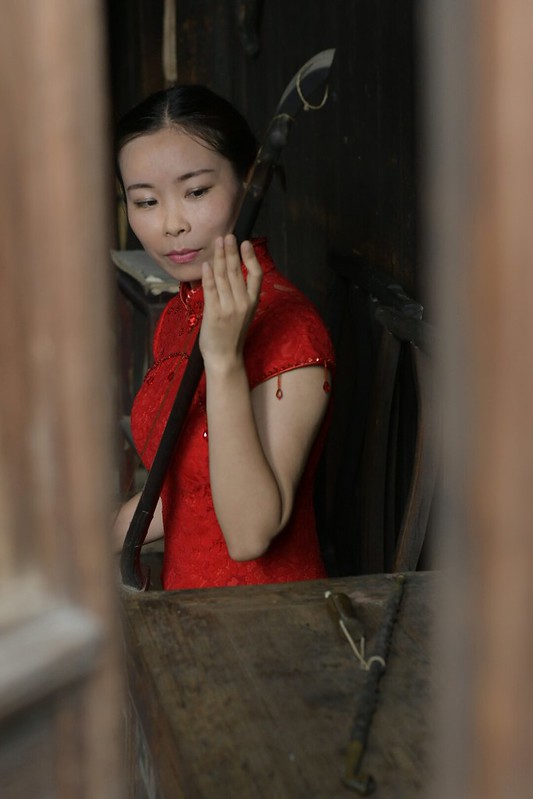 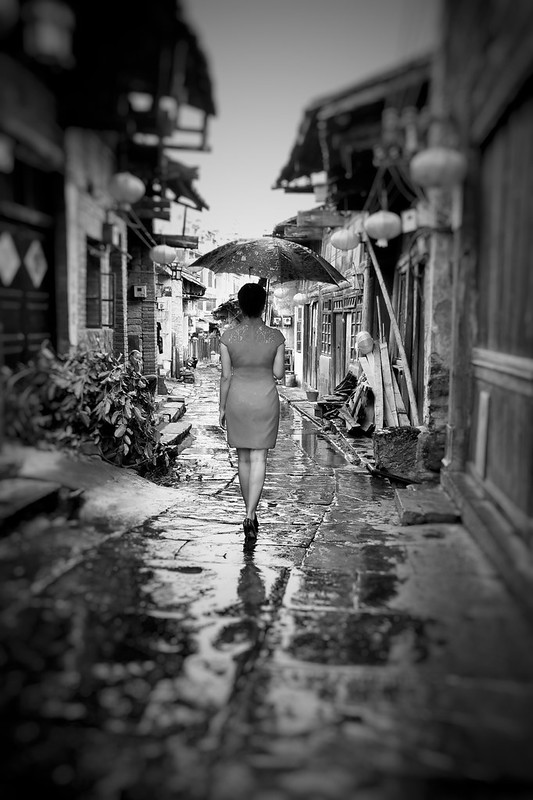 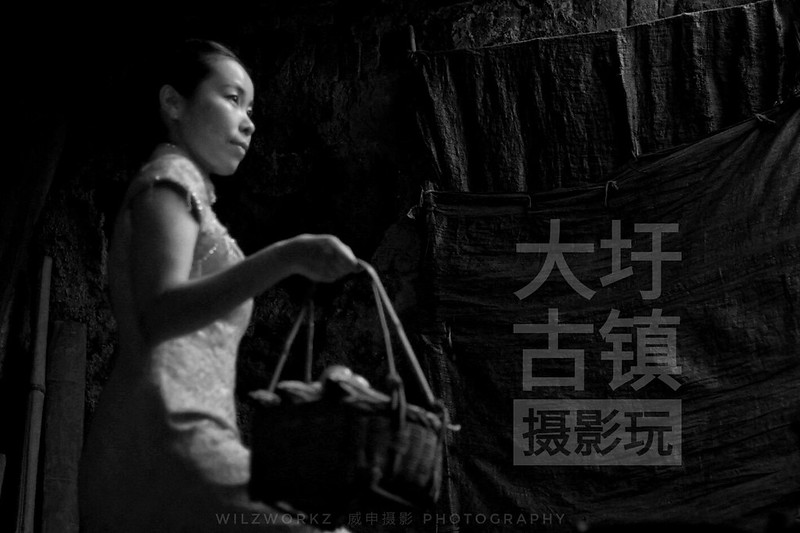 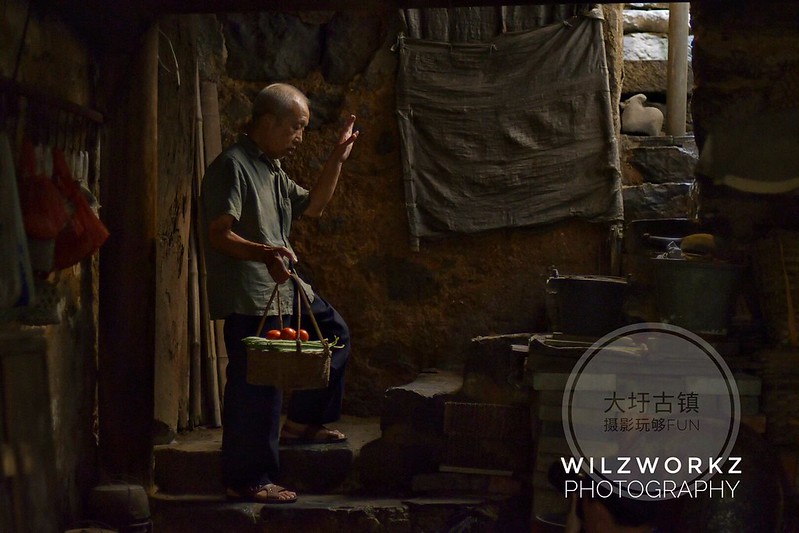 The last area we visited is Long Sheng county, at Long Ji area. In this area are two distinctive towns, one is Ping An town (平安寨) of the Zhuang Zu (壮族) and  Jinkeng Da Zai （金坑大寨) of the Yao Zu(瑶族). The easiest explanation of how these two villages are located in relation to each other in the same area is that both villages are in the same mountain range but located different valleys. In fact the two villages are connected via a mountain trail high up in the mountain.

Of the two, the Jinkeng occupies a much larger tract of land and thus looked very majestic when shooting landscape. Because it is big, the villages houses are also scattered throughout the valley.

In contrast, Ping An is a much smaller area with the majority of the houses bunched together on the side of the mountain with their rice fields further on top of the mount. If I were to choose between the two, I would love the relatively untouched Jingkeng  for landscape but street/people shooting Ping An gives you a lot more subjects as the locals busy themselves with businesses helped built by tourism. That said, there are more bars and restaurants for the tourists in Ping An so it is not as authentic.

Besides, Ping An is more developed in terms of tourism and so is more convenient for most visitors. For the more adventurous, JinKeng is the place to go but there is a bit more climbing so those who are not as fit should consider carefully. 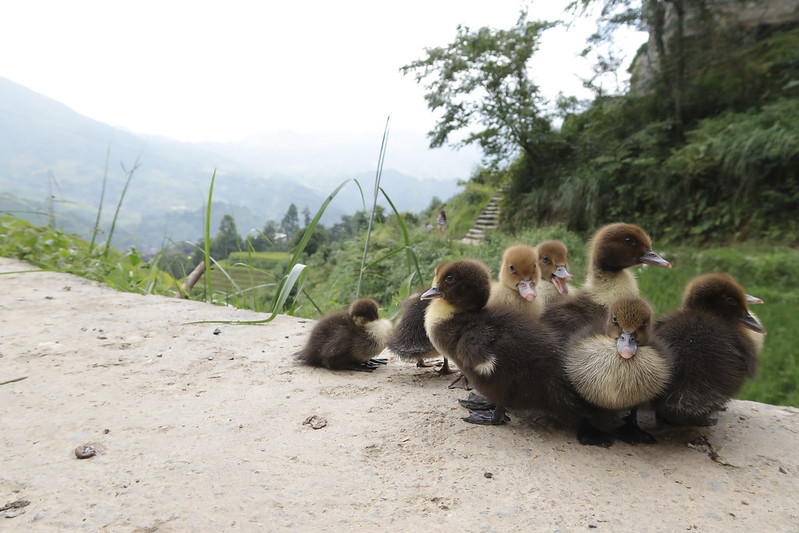 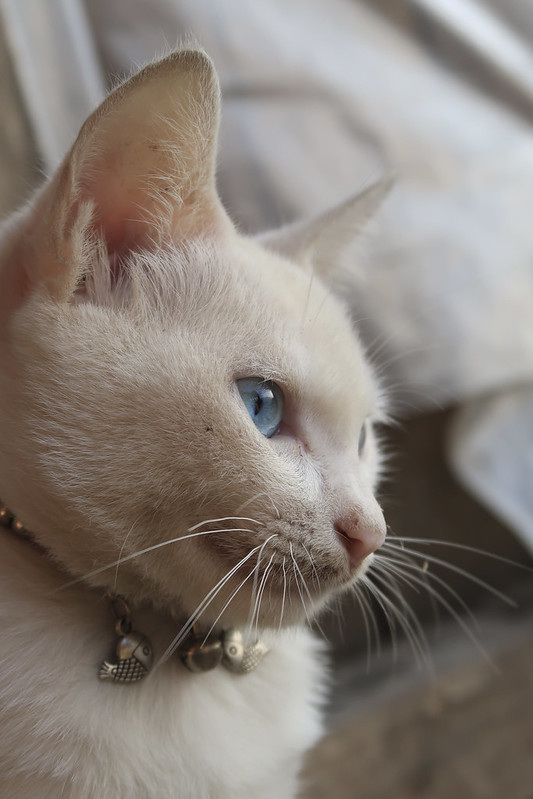 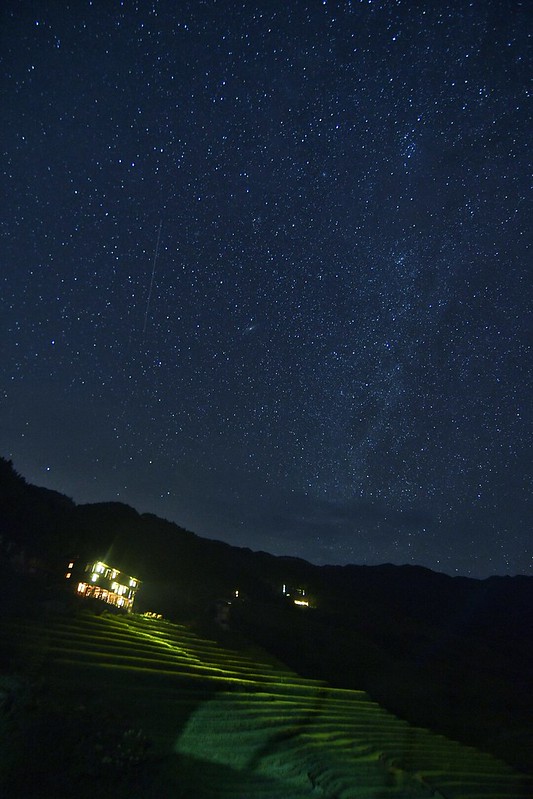 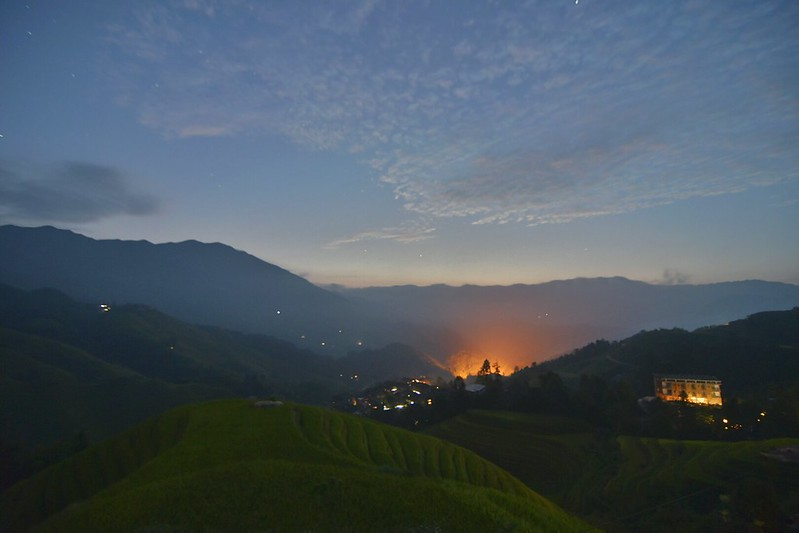 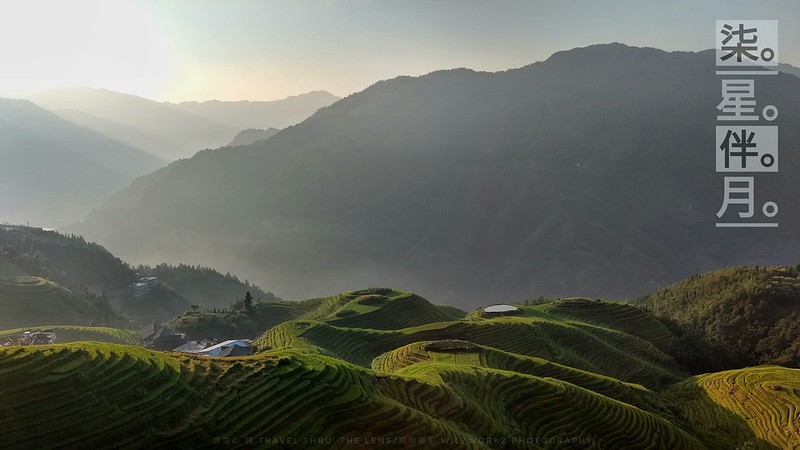 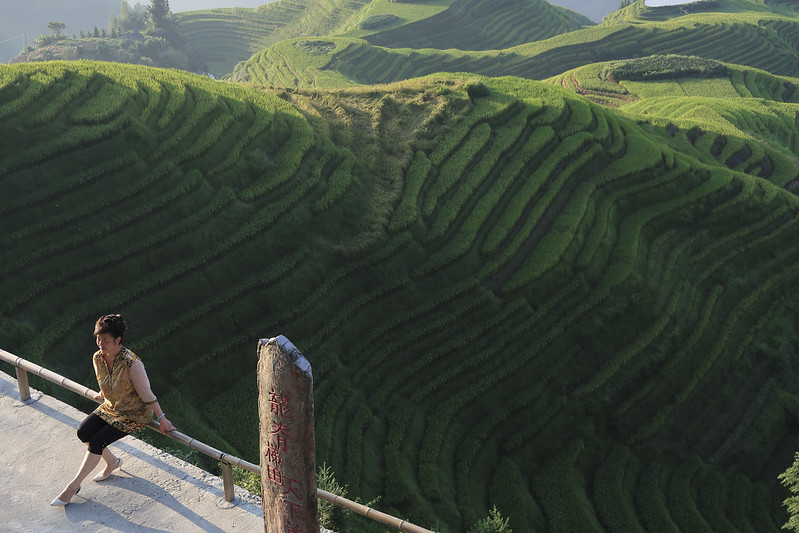 I just want to make it clear that the people we see a majority are paid models including the farmer, fisherman and the beautiful model in the old town. They did pose but quite understandable with so many photographers taking their shots as evident by the number of images online, they become unnatural and it shows.

So the best way to go about doing this is to actually chit chat with the fisherman (thanks to Lee Kuan Yew dual language policy) and make him relax and slowly he will also act as though there are no photographers shooting him. Same goes with the farmer and his buffalo and I got shots that look natural as though I was just passing through.

For such trips where you want to learn as much as possible, having models to pose for you will give you the shots you see online. But will you get shots that is unique to you? That’s when a model who posed for you don’t looked posed and that is usually the time between poses. This is something I want to achieve whenever I have such travel photography trips and those who follows are asked to do the same. Yes take the shots when they pose but make the effort to be different as well to make it uniquely yours (no not the Singapore tourism tagline).

Here are two photo albums you can see more of the places here and here.