A lot of people know about Tasmania now and I did my trip to the southern state more than 10 years ago and I think it was a ripe time to go back. And the motivation was quite high this time round because of one thing: The Southern Lights…

…or what we scientifically called it – ‘Aurora Australis’.

Tons of photographers know about the Northern lights and went to places like Iceland, Finland, the Scandinavian and Baltics for it. Quite honestly it ain’t cheap to go to such places and limited budget did hamper me to go to Europe but then I realised, if there’s the North Pole there’s the South Pole and both have Auroras.

And there’s an added benefit of going South: If there’s no Aurora we are in the period where the Milky Way core can be seen on a cloudless day (around March to September). I chose Winter is because of the longer nights as compared to the Summer months. With good weather, we can either hit the Aurora or the Milkyway and if luck has it, we can have both. So did we get to do it?

It is a very simple round trip from Hobart to Cradle Mountain and then on the way back to Hobart we stayed over at Curringa Farm, visit some nice towns and then back at Hobart.

There’s actually another way to do this. Fly into Launceston in the North, go to Cradle Mountain and then Hobart, mirroring the same plans as the original. My concerns was the amount of luggage we have to bring because it is a one-way trip (from the North to the South). In Hobart, we can opt to put most of our luggage in town and opt for day packs to pack light. If it is 4 people sharing an eight seater car, then the choice is pretty easy. So whatever floats folks.

A Tip: Go Get your Nature Parks Permit

The last time I visited Tasmania I didn’t know there’s a need to have a permit. So before you are thinking of visiting, do get yourself a pass by following the link.

Hobart is still a nice town to visit. It has the usual modern conveniences without the crowd. It was something like Melbourne in the late 1990s and early 2000s when I was studying there with a bit lesser people.

Since my last visit Hobart, the old dame (second oldest capital after Sydney) has grown more exciting as a destination. Salamanca and Sunday Market are still a draw for tourists. The water-front gave us a nice walk and the whole place has been spruced up. The CBD area is a bit more exciting too with some street art as well so take some time to wander a bit.

These days I grow to love a bit of beer (yes that belly tells a story) so I made it a point to visit Cascades Brewery. Beer and good mountain water are always a good mix and it was in 1832 that Peter Degraves with his brother in law Major McIntosh launched their locally brewed beer and becomes the oldest brewery in Australia.

We went there for the beer but if you are really interested in the brewing process you can join their tour.

On the way to Cradle Mountain we made a few stops along the way. One of the more interesting places is the Callington Mill at Oatlands. Built in 1837 by John Vincent, the flour windmill is quite dominant in the area surrounding Oatlands. Knowing we will be catching the Sunrise at around 7 o’clock, the Windmill serves as a very interesting foreground indeed!

Of course, we are too early for anything to be opened, including the small historical town of Oatlands. We move on to Ross Town.

When we talked about Tasmania, then Cradle Mountain is the icon one has to visit something akin to Merlion or Marina Bay Sands for Singaporeans. It is popular due to the dolerite columns and a unique and majestic looking peak. At 1545 meters above sea level it is not the tallest mountain but is certainly very picturesque with Dove Lake completing the scene.

Because of the traveling distance from Hobart to Cradle Mountain, it is best to stay overnight here. We chose the Cradle Mountain Highlanders Cottages which features very homely cottages in the midst of the forest. We were welcomed by a very tamed Wallaby who just sat by our cottage entrance. 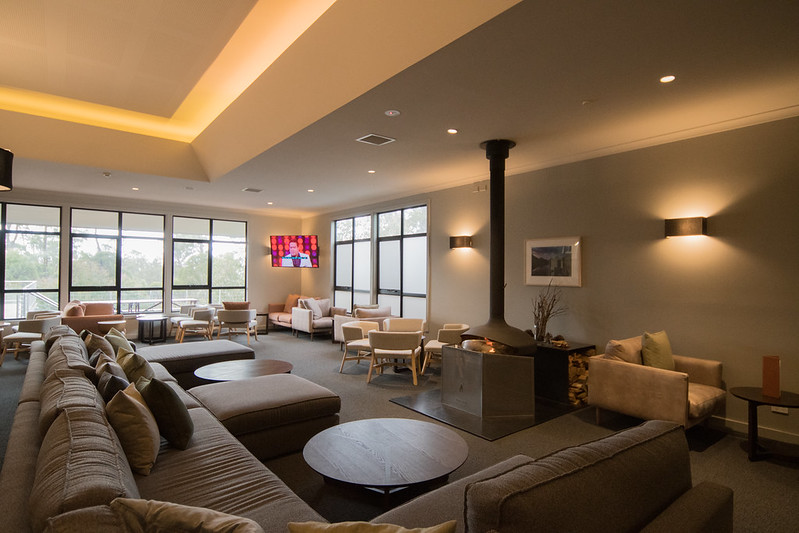 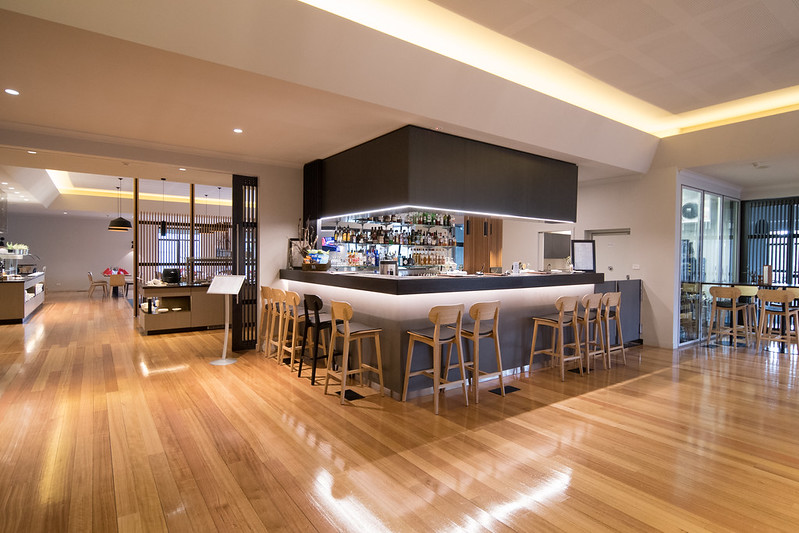 You can also choose to stay in the more upmarket Cradle Mountain Hotel with very comfortable lounge area and fireplace.

Too bad the weather at Cradle was really bad as was inundated with snow and sleet. Goes on to say we missed the night shoot too because of cloudy conditions. Hopefully, the farm will have something for us.

If you are really have a sweet tooth and love Raspberry lots then this is the place to come. The farm has a menu inspired by Raspberry. It even have a Raspberry syrup infused coffee and also Wallaby Burger! I kid you not. Not bad I would say but seriously who would eat that cute face yes? I did.

As the name suggests the TGSC specialises in Sauces and Jams. We were welcomed very warmly by Tim Bardour who got us warm and fuzzy with his delicious jams, super fresh cream and hot scones. I can only say really good thing about the jams, especially those infused with whiskey and port wine which is beyond delicious perfect for warm toasts anytime all the time.

If you are game for some cooking class, Tim teaches some of his recipes using his own sauces, his home grown, fresh vegetables and I have heard was very well received. You can’t go wrong with fresh ingredients.

Nestled between Mount Field National Park and Hobart is Curringa Farm. Started by Tim and Jane Parsons who are 6th generation farmers, their foray into tourism market created the Curringa Farm stay at their 300-hectare property.

I am very impressed with the accommodation. It is modern classy and certainly very homely with the balcony facing wide open space. I had a fantastic time doing my drone flying here as well as shooting the night sky where no stray city lights will get into your camera.

We were treated to a beautiful farm tour as well with emphasis on eco-tourism (another plus!) where Tim shows you where the wild animals roam free. I got to see bats and Wallabies at night as well. It was scary but can be a fascinating experience. 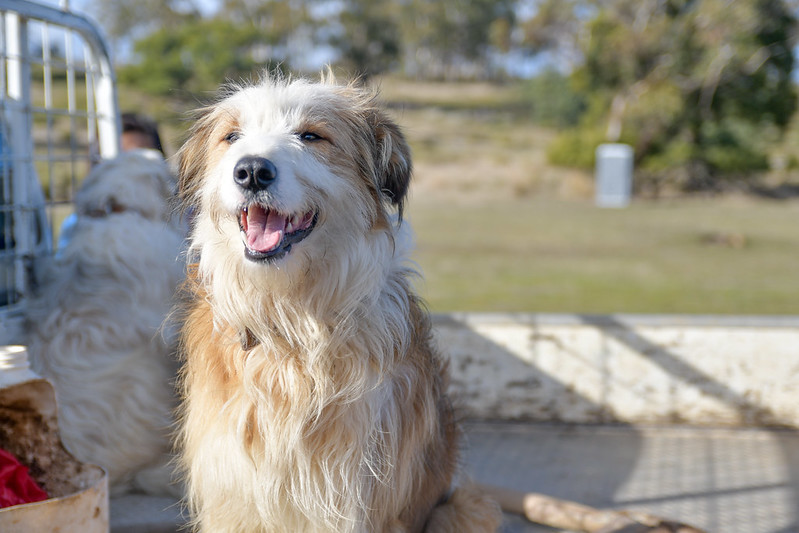 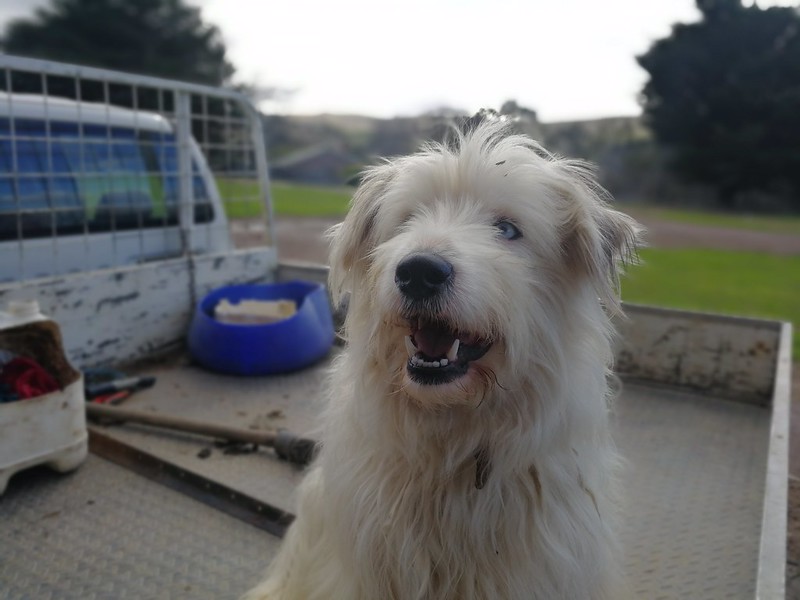 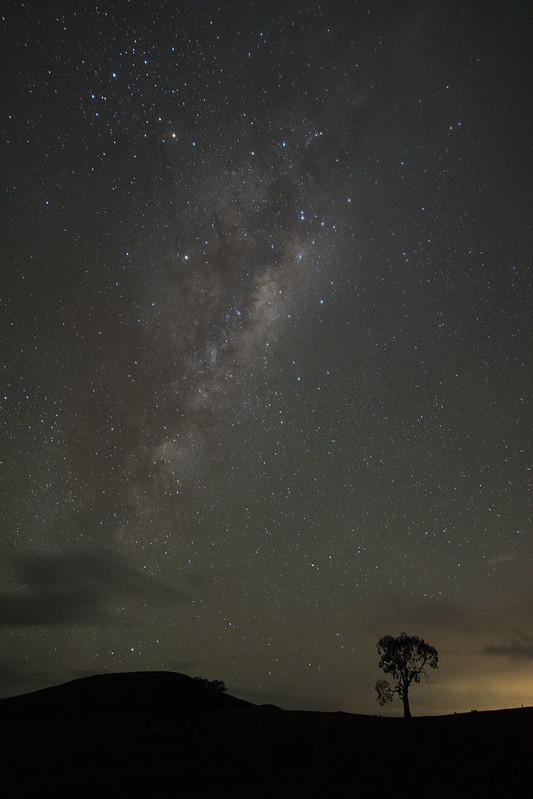 You will get to see a typical day at the farm with sheep shearing. You’d be surprised that this is the place where they grew medicinal marijuana as well on top of other crops including cabbage seedlings for the European market.

Curringa Farm is a really enjoyable place, especially for landscape and nature photographers. It certainly takes a lot of things to impress me! And yes, they won a lot of awards so it is really a nice place to visit.

We have visited one Cascades and now we have another Cascading water body – Russell Falls. Arguably one of Tasmania’s prettiest waterfall and seeing it with my own eyes, the different steps certainly add its majestic quotient a fair bit. It is really easy to get to and it is just a fairly relaxing walk that even grandparents and grandkids shouldn’t have any big issues. 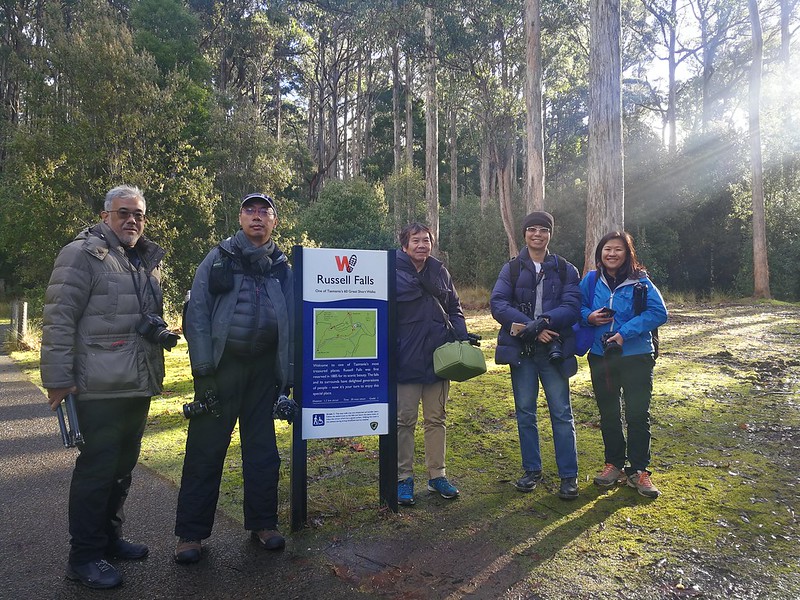 Other than Curringa Farm we didn’t have much luck with the night sky and we decided to have one last try at South Arm. The location is perfect to catch as much of the night sky as possible, away from Hobart which is around 45 minutes drive away.

The U shape peninsula has a very famous south beach and that’s where we want to be to perhaps capture a glimpse of the South Light. This is the place we got a lot of nice shots.

A Revisit for the 3rd time?

YOU BET! There are a lot of landscape potential in Hobart especially the coastal areas. The plan is afoot to come to this place during early Autumn with a more hospitable weather but a shorter night time, unfortunately. Best to have clear skies than long nights I suppose.

Sincere Thanks to The Following Nice People!

Discover Tasmania for their valuable input and support in our trip. 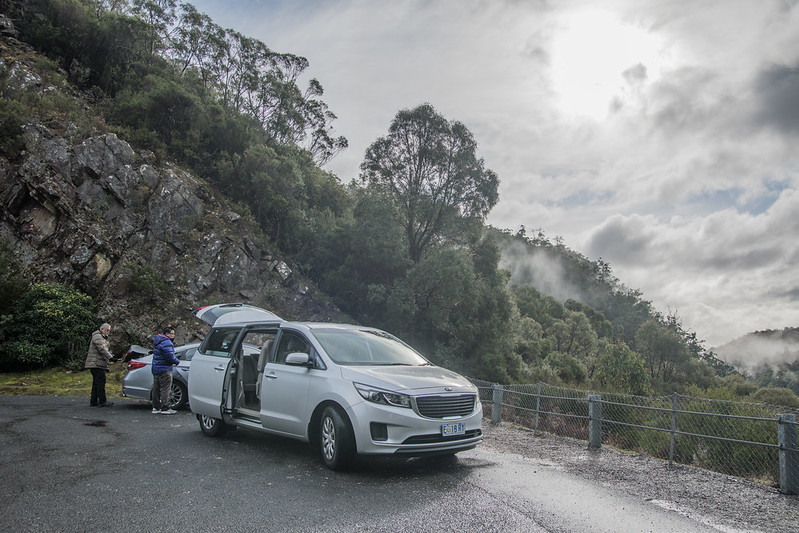